If you thought engineering was no great career move you should take a look at what it did for two entrepreneurial types who founded a certain Gloucestershire business. 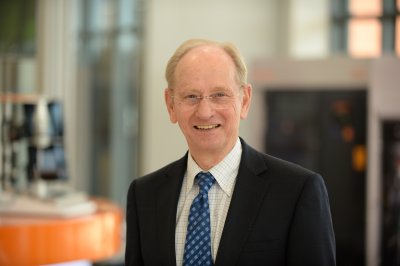 Heartening for those who appreciate money earned through ingenuity, enterprise and toil, Sir David clocks in with £1.294 billion (down £44 million on last year) and Mr Deer with a relatively modest £608 million (down £26 million).

If you are talking old money, Ursula and Wilfried Bechtolscheimer and family are said to be worth £1billion (up £883 million on last year - a fortune the Sunday Times puts down to retail and inheritance).

Owner of Stowell Park estate in the Cotswolds, Lord Vesty, increased his worth by £3 million to £731 million.

Conspicuous by his absence is the man whose name has been in the newspapers and business news websites almost weekly this year - one Julian Dunkerton.

The co-founder of fashion retailer SuperGroup plc wrestled his way back onto the board this year following a year-plus away in which the share price of the Cheltenham firm slipped and slided downwards.

Mr Dunkerton, he of the Lucky Onion Group and Dunkerton's Cider, was last year listed as the 12th richest person in the region, with a fortune estimated at £441 million. This year's list, which will be revealed in full on Sunday, has him outside the Top 20.

Ursula and Wilfred Bechtolscheimer, 67 and 70 respectively, are said to have inherited from Ursula's father, German retail tycoon Karl-Heinz Kipp. He died in 2017 leaving £3.2 billion.

Mr and Mrs Bechtolscheimer have a horse breeding business in Gloucestershire at Ampney St Peter. Their daughter, Laura Tomlinson, famously won gold in the dressage in the 2012 London Olympics.