Vue Cinema at Five Valleys Shopping Centre in Stroud has now reopened and is showing a selection of festive film screenings as well as an exciting film exclusive. 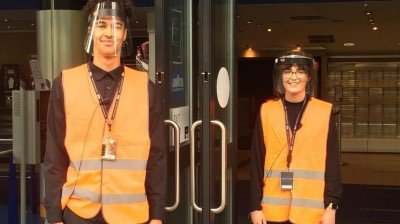 From December 16 up until Christmas Eve the cinema will be screening plenty of festive classics including Elf, Die Hard, It's a Wonderful Life, Love Actually, Home Alone and Frozen.

Vue is also exclusively the only cinema company where film goers can watch the new 'Wonder Woman 1984' from DC Films.

The Christmas film listings at Vue also include a number of live recorded performances such as The Royal Ballets Nutcracker and Little Mix: LM Live.

The team at Stroud's Vue Cinema said that they have been working hard to ensure all visitors have a safe and enjoyable experience. A number of safety measures have been introduced including hand sanitising stations and a one-way system.

Centre manager of Five Valleys, Dionne Moore said: "We are thrilled that Vue have been able to reopen in time for Christmas, they are screening some fantastic Christmas films for the whole family to enjoy!"

Vue Cinema at Five Valleys are operating under Tier 2 COVID restrictions and customers are reminded to only attend the cinema with other people from their household or bubble.