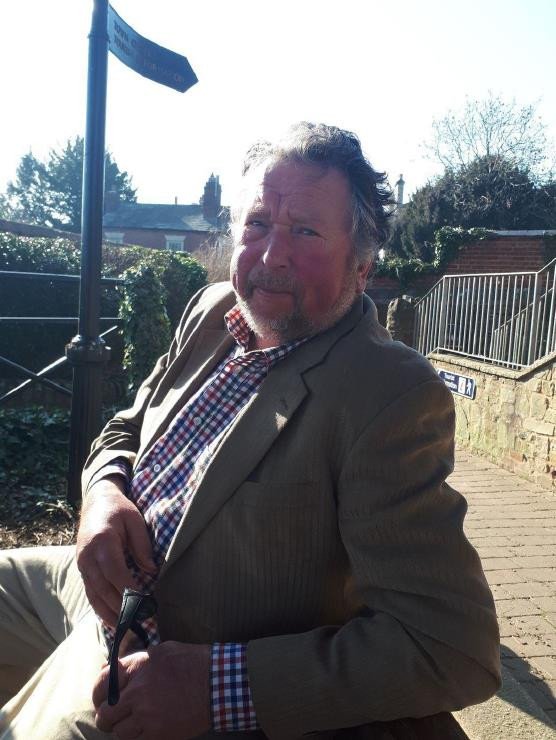 The partner of a former labourer from Stroud is appealing to his former workmates for help to establish how he came to contract the asbestos-related cancer that claimed his life.

Alan Ironfield, 67, died on 3 April this year, just weeks after being diagnosed with mesothelioma, a cancer of the lining of the lung, commonly associated with asbestos exposure.

Following Alan's death, his partner Lynne Morgan, 44, has instructed specialist asbestos-related disease lawyers at Irwin Mitchell to investigate his illness and find out if it could be linked to his work history.

Lynne has now joined the legal team in appealing for Alan's former work colleagues to come forward, as they look to discover where he may have been exposed to asbestos.

Lynne is particularly keen to trace anyone who worked alongside Alan at Hewins Foundry in Stroud, from 1969 to 1971 or workmates who remember Alan from his time at Lansdown Dairy, also in Stroud, from 1973 to 1975.

Hayley Hill, specialist asbestos-related disease lawyer at Irwin Mitchell, said: "This is sadly another case which puts a spotlight on the devastating impact of asbestos exposure, with the terrible consequences only becoming clear years later.

"Lynne believes Alan may have been exposed to asbestos during his work for these companies, but we now need Alan's former workmates to come forward and help us establish the facts.

"Nothing can bring Alan back, but if anyone can help, it would give Lynne some much needed closure as she struggles to come to terms with Alan's sudden unexpected death.

"Any detail, no matter how small, could be vital to our enquiries."

From 1969 to 1971, Alan was employed at Hewins Foundry in Briscombe, Stroud as a labourer. Alan told Lynne his role involved the collecting of waste from the Foundry and nearby Fibrecrete Factory, (some of which he believed contained asbestos) before disposing of the waste at landfill.

From 1973 to 1975, Alan was employed as a general factory worker at Lansdown Dairy and told Lynne the two large boilers and steam pipes in the factory were lagged with asbestos material.

Alan lived in Stroud for most of his life, before moving to Shropshire in around 2007.

As a child, Alan was very inquisitive and had a passion for cars, in particular racing minis. In his late teens, Alan decided that he wanted to become a chef and began working at Hewins Foundry in order to raise enough money to attend catering college.

Alan successfully completed catering college and worked as a chef for some time. He then started a building and landscaping business, pursuing his passion for history and the restoration of old properties. He worked on many properties in the Cotswolds.

In his spare time, Alan enjoyed walking in the countryside and took many holidays to Southern Spain. He loved the hot weather and regularly visited Andalucía.

In January 2021, Alan started to develop breathlessness and chest pains and following a visit to his GP and various tests, he was diagnosed with mesothelioma in March 2021. Less than a month after diagnosis, Alan died on 3 April with Lynne by his side.

Lynne Ironfield said: "Losing Alan in this way was such a shock and I really can't believe he's gone.

"Alan was still young and like many people after the last year, we had future plans that can now never happen. Thanks to Covid and mesothelioma, we lost the last precious year of our lives together."

"From first diagnosis, to that terrible day in April, everything happened so fast and while Alan wanted to obtain justice for the development of his mesothelioma from those who caused him to come into contact with asbestos through his work, even that was taken from him.

"If anyone who worked at either site in Stroud who remembers Alan could come forward with any further information, it really would mean a lot to me, allow Alan to rest in peace and provide answers to what has been a devastating time.

Anyone with information that might help Lynne is asked to contact Hayley Hill at the Irwin Mitchell Birmingham office on 0121 214 5273 or email Hayley.hill@irwinmitchell.com