Printed circuit technology experts Trackwise have celebrated their 30th anniversary by reporting a 23 per cent increase in revenue.

The Tewkesbury-based company, who floated on the London AIM in 2018, recorded revenues of £3.47million for the 12 months to December 31. 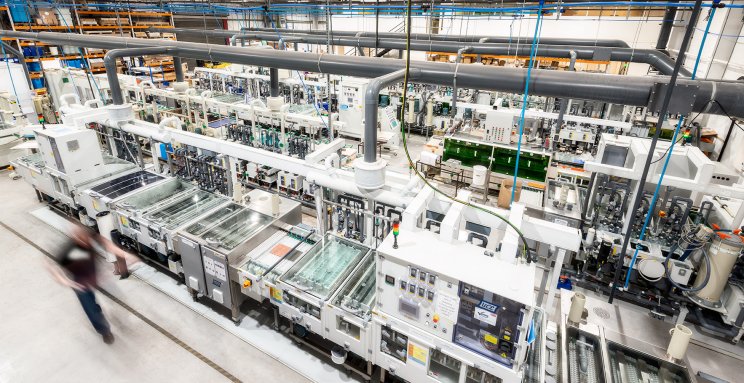 Their adjusted operating profit rose by 385 per cent to £325,000 in what chief executive Philip Johnston called a "transformational year."

He said: "I would like to express my thanks to all the stakeholders who contributed to this very busy and transformational year.

"In particular, to all of our loyal and hardworking staff, without whom none of this would have been possible, and to the customers and investors that have shown confidence in us and our technology.

"This confidence has allowed Trackwise to plan and now to deliver a world class multi-layer flexible PCB production facility.

"In 2018 we increased revenue by 23per centcompared to last year at the same time increasing our adjusted operating profit by 385per centto £325K."

Trackwise employ nearly 40 staff at their Aschurch base where the company has two divisions, one dealing with RF (Radio Frequency) and the other with IHT (Improved Harness Technology).

The RF division is well-established in the manufacture of antennas for cellular telephone networks and is expected to grow with the roll-out of 5G technology.

IHT revenues were up 217per cent over the year as the company's customer base increased from seven to 31 by the year end and to 45 before the end of March 2019.

They floated on the AIM in July 2018 and will use the funds generated by the move to invest in increasing capacity and refine the supply of its proprietary IHT products.

Therefore there board are recommending that no dividend will be paid as "the company is still in the process of investing in essential capability and capacity requirements."

During the year they invested in what they have called a "world class multi-layer flexible PCB production facility.

Trackwise celebrated their 30th anniversary with an event for staff at Tewkesbury Park Hotel on Saturday, the same day as the Grand National at Aintree.