Steam into the New Year on the GWSR

The Gloucestershire Warwickshire Steam Railway's (GWSR) covid-compliant Santa Experience trains were sold out within days of being made available. 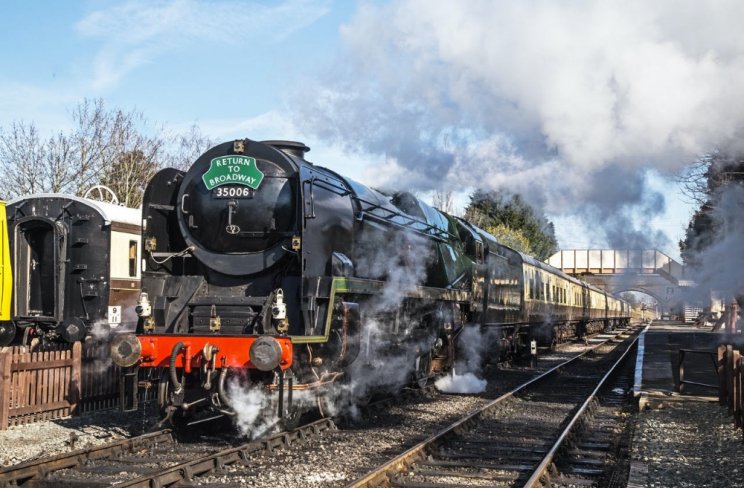 But all hope is not lost, as there are still plenty of opportunities to enjoy a steam-hauled journey through the winter Cotswolds wonderland between December 27 and January 3, 2021.

The GWSR is running a daily service of two full round trips of the popular heritage line from its Toddington station. The 28-mile journey runs first to Cheltenham Racecourse, then back via Toddington to Broadway and return to Toddington.

The locomotive chosen to haul these post-Christmas specials is the railway's biggest and most powerful. It is a Southern Railway 'Merchant Navy' class no. 35006 Peninsular & Oriental SN Co (or 'P&O' for short). It is one of 30 built in the 1940s to handle the heaviest expresses from London Waterloo to the South and South-West, such as the 'Bournemouth Belle' and 'Atlantic Coast Express'. 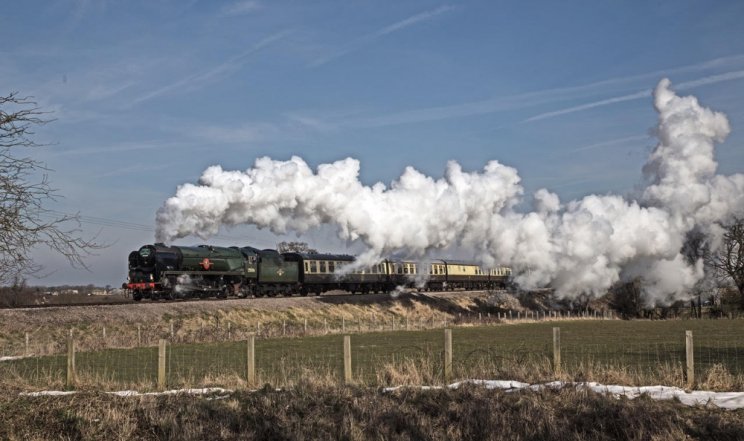 The engine was bought from a South Wales scrapyard in the 1980s and, over following years, was meticulously overhauled at Toddington, moving under its own power for the first time in more than 50 years in 2015.

Chairman of GWSR Plc, Richard Johnson, said: "This is a great way to wrap up what has been a very difficult year for us and indeed for the heritage railway movement as a whole.

"With two lockdowns, we were unable to operate for six months including what should have been our busiest weeks. I am full of praise for all our volunteers for the work they have put in to ensure that we could resume services, which have proved to be extremely popular."

Tickets are now available online from the virtual booking office. On-the-day tickets will be available at Toddington station subject to availability - however, because of the reduced socially-distanced capacity trains fill quickly so it's best to book before travelling.