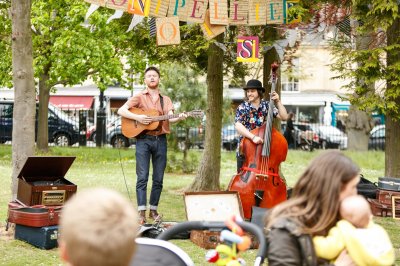 The real thing may have been cancelled but Cheltenham Jazz Festival will go ahead with a virtual, one-day event on YouTube and radio.

Cheltenham Jazz Festival @ Home will feature sets from some of the top acts who were due to play at this year's event this week.

The performances will be shown from 3pm on the festival's YouTube channel  along with selections from the festival's Westons Sessions over the past seven years.

At 8pm the festival hands over to BBC Radio 2 with Jamie Cullum presenting highlights from the past 10 years, followed by Randy Crawford's 2018 festival appearance.

BBC Four has also made the Jazz 625 broadcast, which revived the 1960s show at last year's festival and was the first live BBC show since the 1970s,available to view for 21 days from May 8.

Jazz Festival head of programming Dave Gaydon said: "We'd like to say a huge thanks to all of the artists who have supported us in making this happen.

"To be able to create a virtual festival in three weeks has been amazing. We are delighted that we can offer a flavour of the festival to those who, like us, were disappointed by the cancellation due to COVID-19."