Stagecoach West will be making improvements to its bus services in parts of the county from next month.

From February 19, it will be providing a more regular service for customers in Tewkesbury. 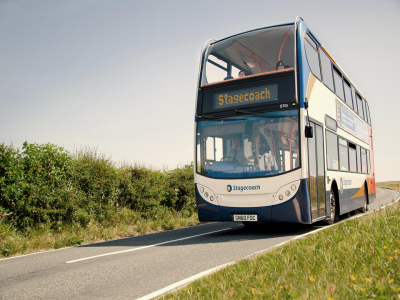 Services between Cheltenham, Tewkesbury and Northway have been coordinated, giving customers a better choice of journeys throughout the day. Passengers will benefit from a combined 15 minute frequency Monday to Saturday on services 41, 42 and 43.

Together with the 71, the 41 will also offer a service up to every 15 minutes between Tewkesbury and Northway (Monday to Saturday).

Service improvements to route 71 have been made possible through a partnership with the housing developers at Twigworth.

The 71 will now run up to every 30 minutes between Gloucester, Twigworth, Tewkesbury and Northway. Passengers along Tewkesbury Road and Kingsholm Road between Longford and Gloucester will see up to five buses an hour, when routes 71, 97 and 98 are combined.

There will also be some changes to other routes in and around Cheltenham.

The T timetable, which serves Tewkesbury and Bishops Cleeve, will see a change to the departure time from Cleeve School and the subsequent timings after this, running five minutes earlier. There will also be a few amendments elsewhere in the timetable to improve reliability.

New school links have been created on the 94, with the afternoon school journey between Pirton Corner and Gloucester now starting at Chosen Hill school.

In addition, changes to contracted services in Cheltenham, announced in November, will be implemented, following the required notice period.

Stagecoach will no longer operate the contract to run the F service on a weekend. Stagecoach services to Cheltenham from Leckhampton are available from Shurdington Road.