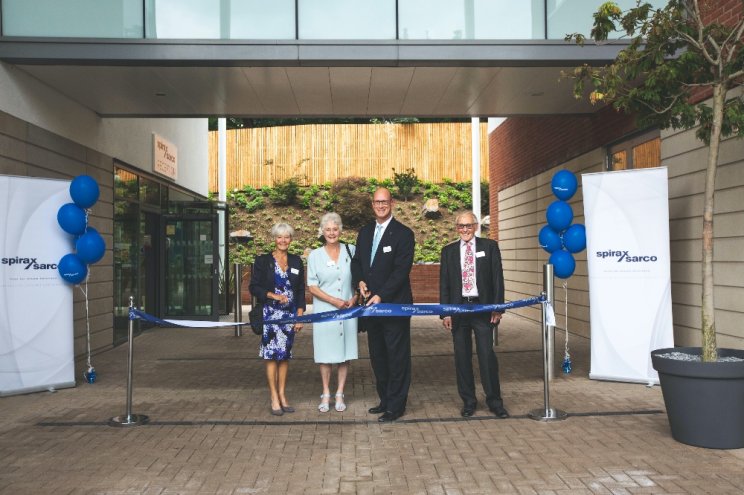 Northcroft House in the Charlton Kings area has been named for Lionel Northcroft, who retired from the business 50 years ago.

Mr Northcroft led the Spirax Sarco business, from 1952 until 1968 (in conjunction with Herbert Smith until 1959) and remained as chairman until his retirement in 1971.

He was also a published author and recognised industry authority on steam. He received an OBE for his services to fuel efficiency during the second world war and together with Smith, listed the Company on the London Stock Exchange in 1959.

Fast forward more than 60 years and Spirax Sarco is now part of Spirax-Sarco Engineering plc, a FTSE100 Company with 8,200 employees worldwide and a market capitalisation of around £11 billion, but the legend of Northcroft lives on within the company.

Speaking during the official opening event for Northcroft House, attended by existing and former employees and Lionel Northcroft's family members, group chief executive of Spirax-Sarco Engineering plc, Nicholas Anderson said: "We wanted to rename the building and we asked our employees to come up with some ideas. The overwhelming support to name it in memory of Lionel reinforces the important role he played in our company history.

"It was Lionel who introduced our consultative selling model to the business in the 1940s. He drew upon his own experience, as an engineer who had ended up door-to-door selling during the great depression, to create a direct sales force of engineers, who worked with customers to identify and solve their challenges."

Spirax Sarco, synonymous with steam, a clean technology used in many industrial applications that is as applicable today as it was more than a century ago, made Gloucestershire the home of its UK headquarters more than 80 years ago.

This newest office, for its UK sales business, is in addition to its UK steam manufacturing centre in Swindon Village, as well as its steam training centre and group headquarters also in Charlton Kings.

The opening event, which included a ceremonial ribbon cutting by Nicholas Anderson and Lionel's three children, as well as a tour of the new building, was hosted by Sean Clay.

Mr Clay, divisional director for the group's Steam Specialties business in Europe, Middle East and Africa, said: "Northcroft House is a welcome addition to our UK facilities portfolio. The 4,600 sq m of high quality and modern office space is the new hub of our UK sales organisation, which is fitting, given the influential role that Lionel played in establishing a sales ethos that remains very much alive across our business, helping our customers to achieve their sustainability and energy efficiency goals today."