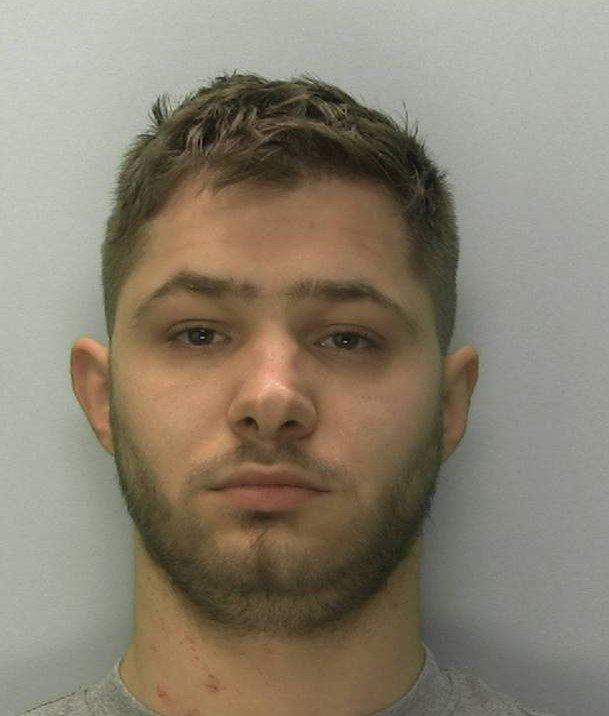 A 'spectacularly mean' care worker stole a seriously disabled student's iPad and iPod from his room after helping him to use them for a Skype call to his parents, a court heard yesterday (Dec 8).

Within hours of the 'betrayal of trust' at the National Star College for people with complex disabilities, agency carer George Raru registered the stolen devices in his own name, Gloucester Crown Court was told.

Raru, 23, of Swannington Drive, Quedgeley, Gloucester, admitted burglary of 19 year old Michael Bain's room at the college premises in Bradbury Gardens, Cheltenham, and theft of the two devices worth a total of £623 on July 20th this year.

He was given a 16 month jail term suspended for two years and ordered to pay Mr Bain £1,000 compensation.

"Mr Bain was given the two devices as music means a lot to him," said Mr Pakrooh. "It also allowed him to have Skype calls with his parents. This facility had to be set up by staff members at the college.

"On the day of the burglary there had been a Skype call using his iPad at 6.30pm.

"When his parents came to collect him later that evening, they noticed that the devices were missing. They decided to deal with the problem when they got home.

"Enquires were made and they found that the specialist app to find the iPad and iPod had been disabled in both devices.

"Gloucestershire Police asked Apple to investigate and the company came back stating that Raru had registered both devices in his own name at 9.30pm on 20th July.

"It was then discovered that Raru had been the agency carer who facilitated the original Skype call between Mr Bain and his parents.

"Police officers went to Raru's home address and the stolen iPod was located in a rucksack. The iPad was not at the address but Raru said he could recover it. Both items have since been returned to Mr Bain."

Judge Ian Lawrie QC interjected: "This was a spectacularly mean crime. A betrayal of trust."

Graham Wallis: "Raru was an agency carer and accepts that he is at risk of being sent into prison today. He did what he did.

"The theft wasn't terribly sophisticated as within three hours he registered the devices with Apple in his own name. It is ultimately how he was discovered by police and he admitted it to them when he was arrested.

"He is full of remorse and is totally sorry for his actions. He now works in a warehouse."

Judge Lawrie said that he had read a statement from Mr Bain's parents and it 'clearly sets out the impact the loss of the devices had on their son.'

The judge told Raru "Mr Bain is emotionally fragile and you stole from him, a vulnerable man, a man who was essentially in your care.

"He is entitled to trust those who care for him and you stole things that meant a lot to him.

"You caused him harm, emotionally and caused him a lot of stress and anxiety.

"However, you have co-operated with the police and have shown some remorse even though Mr Bain's parents had to replace the devices you stole.

"You clearly merit custody and this will be 16 months, but because of the climate we are in I am suspending it for two years. You will complete 200 hours of unpaid work.

"This will hit you in the pocket. If you default in any way you will be sent to prison."

Raru was warned by the judge that because of his conviction he will not be able to work in the care industry again in the future.

After the hearing David Ellis, Chief Executive of National Star, said: "National Star regrets the distress this incident has caused Mr Bain and his family. National Star immediately reported the theft and worked closely with Gloucestershire Constabulary in its investigation and prosecution.