Nearly four in 10 (38 per cent) small employers have struggled to recruit the right staff over the past year, with more than a third (35 per cent) of these citing the unwillingness of UK citizens to work in their sector as an issue, according to the FSB.

Half (48 per cent) of small firms say they would be unable to meet the immigration fees currently levied on employers when they hire non-EU staff should they be extended to all workers from around the world. Previous FSB research shows that 95 per cent of small firms have no experience of using the UK's current immigration system.

Four in ten (41 per cent) small firms that operate in the professional, scientific and technical services sectors have engaged EU contractors. A similar number (35 per cent) of small firms in the information and communication industries have done so. 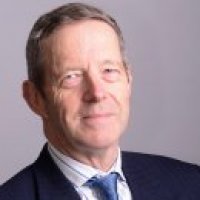 The new report follows the release of a government policy paper confirming that the UK will move to a points-based immigration system from January 2021.

As part of the new report, FSB recommends that the future points-based system:

Keeps the cost of hiring EU and non-EU staff to below £1,000 for small businesses and exempts smaller firms from the Immigration Skills Charge (under the current system, the cost of a Tier 2 visa sponsorship to a small employer exceeds £3,000)

Encompasses an urgent review of the Innovator Visa, which has been granted to just 14 individuals since its introduction last year

Mike Cherry, FSB national chairman, said: "A points-based model can work, provided costs are kept down and systems are easy to navigate for small firms - the overwhelming majority of which have no experience of hiring a non-EU worker.

"Against a backdrop of weak economic growth, record employment and an ageing workforce, it's critical that we get this new system right, particularly when timeframes are so tight. Otherwise, we risk business closures.

"While it's encouraging to see the government acknowledging the need to address skills shortages in certain industries, its policy statement includes no mention of the social care sector. That's why we're proposing a dedicated social care visa, enabling those struggling with mounting overheads and personnel shortages to recruit the overseas talent they, and our society, need to thrive."

The new report finds that more than one in ten (11%) small firms will have to radically change their business model or close altogether if they struggle to recruit EU workers in future.

Mike Cherry said: "Small firms want to upskill their workforce, improve productivity and bring through the next generation, but they need support to make that happen.

"It's critical that the upcoming Budget and Spending Review are seen as an opportunity to enable more small businesses to adopt digital technologies and automate.

"Equally, a meaningful share of the National Skills Fund should be earmarked for use by small businesses - enabling them to improve the skillsets of their existing workforce will be key to closing our productivity gap.

"Ultimately, we need an immigration system that responds to the needs of our economy. A re-vamped Migration Advisory Committee should work closely with those at the business frontline when deciding on how our immigration system evolves."