The number of shoppers across the UK's high streets continued to rise last week, despite the introduction of fresh coronavirus restrictions. 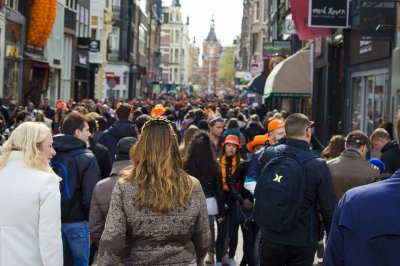 Latest figures from researchers Springboard showed that numbers across all retail destinations were up 2.4 per cent on the previous week.

In the first week of the new 'rule of six' restrictions on the number of people allowed to congregate, footfall on high streets was up 5.2 per cent.

But visits to shopping centres were down 0.8 per cent and retail parks by 0.3 per cent on the previous seven days.

Despite the overall rise, footfall compared to the same week a year ago was down 28.7 per cent, compared to 27.5 per cent the week before.

Springboard insights director Diane Wehrle said: "After the first week of the rule of six, retail footfall bounced back after last week's first decrease in footfall since mid-April.

"Unlike last year when footfall also rose in this week, the increase in footfall was wholly driven by high streets while footfall in both retail parks and shopping centres declined from the week before."