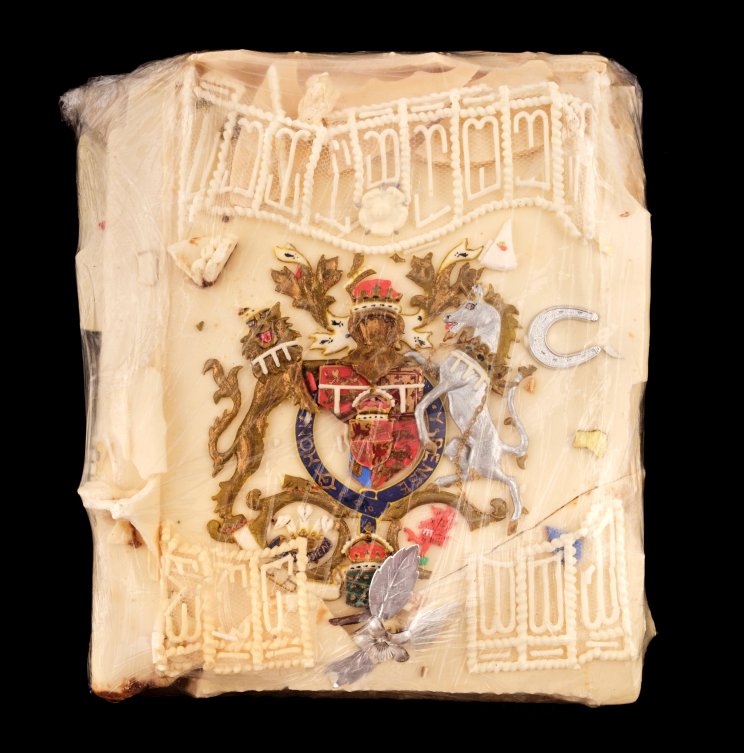 It is estimated to be around the £500 mark but is thought to sell for up £1000 when it goes under the hammer. There has been interest from all around the world, including the USA, Middle East and Europe.

This layer of cake icing was given to Moyra Smith, an employee to the Queen Mother at Clarence House. Moyra began her career at Clarence House in the kitchen before moving on to more general duties on the recommendation of Lady Jean Rankin.

Besides the main official five-tier wedding cake, some 22 other wedding cakes were supplied by various manufacturers and this seems likely to have been one sent to Clarence House for the consumption of the Queen Mother's staff. In view of its size, it is most likely that it was either from the side of a cake, or from the top of a single-tier cake. 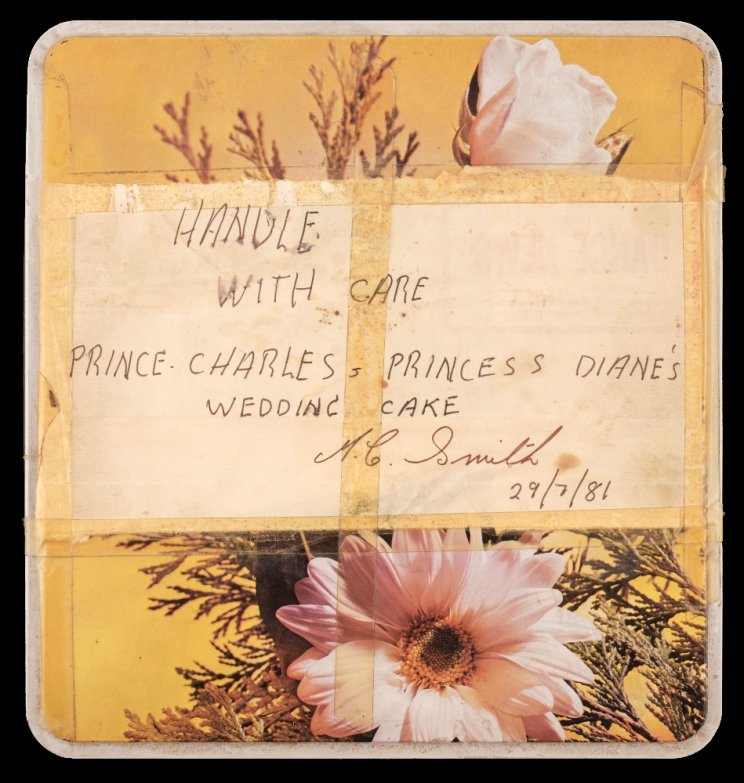 "I still wouldn't recommend eating it but after 40 years it's clearly destined to last. It's a curious and unique keepsake celebrating a royal wedding that holds an enduring fascination with British royalty aficionados worldwide", said Chris Albury, specialist royal memorabilia valuer at Dominic Winter Auctioneers.

The cake was sold to Dominic Winter Auctioneers in 2008 and has come up for auction now to coincide with the 40th anniversary of the royal wedding. Included in the lot are an Order of Service from the wedding at St Paul's cathedral and a Royal Wedding breakfast programme for Buckingham Palace, both dated July 29th 1981.

The cake slice features the royal coat of arms in silver, gold, red and blue.

The cake is going up for sale between 12.30 and 1pm and can be viewed on the auction house website here. 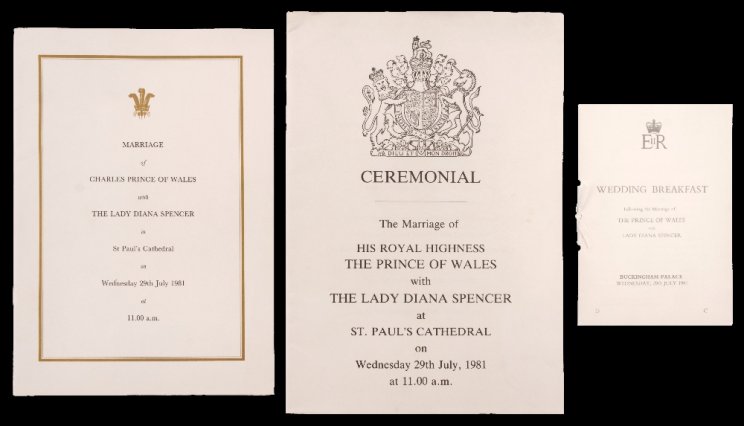