Simon Pegg will take part in a live Q&A after starring in the launch screening as Cheltenham International Film Festival kicks off online today. 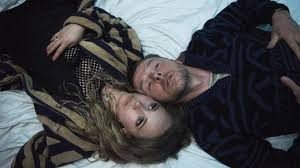 Pegg, who was born in Brockworth and is the festival's honorary patron, stars with Juno Temple in Lost Transmissions at 6pm with the Q&A due to start at 7.50pm.

It is one of 41 screenings scheduled for the festival which closes on Sunday with a screening of White Riot, a documentary tracing the roots of the Rock Against Racism movement in 1976, followed by a Q&A with director Rubika Shah.

Pegg said: "My association with Cheltenham International Film Festival is founded on a personal commitment to support and help to bring the best of independent cinema to the next generation of audience.

"It pleases me that Cheltenham, on becoming the first narrative international film festival in the UK to go online, is reaching out to audiences across the country, many of whom never have the opportunity to visit a film festival or watch some of the best of new independent films.

Tickets are limited for most of the screenings, most of which have not been seen in the UK and are not available on any other streaming platform.

Festival director Leslie Montgomery Sheldon said: "We wanted to distance our festival from other streaming platforms.

"In part, we have achieved this by keeping to the festival spirit, scheduling films on specific days and at designated times, and by programming Q&As after film screenings.

A full programme and ticket information can be found at www.cheltfilm.com .