The Severn Bridge is poised for a name change to celebrate the Queen's Platinum Jubilee in 2022. 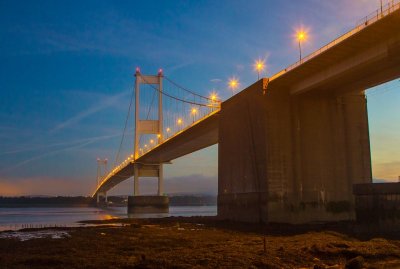 The crossing, which was opened by the Queen in 1966, ended the need for a lengthy round trip via Gloucester or a ferry crossing for anyone travelling between the Forest of Dean and Bristol or the South West.

Councillors in South Gloucestershire have voted in favour of a name change to honour the Queen and will write to Transport Secretary Grant Shapps about the change, although a public consultation is likely before any decision is made.

The second Severn crossing was renamed the Prince of Wales Bridge in 2018.

The decision to name the bridge after Prince Charles, who opened it in 1996, was criticised by Welsh nationalists.

Celebrations for the Platinum Jubilee will include a four-day bank holiday weekend from June 2-5, 2022 with one extra public holiday and by moving the May bank holiday.