As well as fulfilling their main role, supporting the Lord-Lieutenant, Edward Gillespie OBE, during royal visits to the county, Deputy Lieutenants are expected to promote voluntary service and to take an interest in local business, industry and the social life of the county.

They must also uphold the dignity of the crown by following the example of The Queen and other members of the royal family.

Announcing the new appointments, Lord-Lieutenant Edward Gillespie OBE said: "It is a real privilege to welcome seven exceptional people to our Lieutenancy. I am sure that each of them will make a substantial contribution to the many communities that make this such a wonderful place to live, learn and work.

"The role of Deputy Lieutenant is entirely honorary and normally until their 75th birthday. Following recent retirements, these appointments bring the total number of DLs in Gloucestershire back to 34."

The seven new Deputy Lieutenants are:

Guy Disney was awarded an MBE in 2020 for services to horse racing, polar expeditions and veterans' charities. After having a leg amputated below the knee following an ambush in Afghanistan, where he was serving as a Captain in the Light Dragoons, Guy became the first person to be given a jockeys' licence to ride with a prosthetic leg, winning three steeplechases at Sandown Park. He trekked to both the North and South Pole with Prince Harry's Walking with The Wounded. He splits his time between Gloucestershire and conservation NGOs in Africa. At 39, Guy Disney is the first, hopefully of several DLs, to be appointed on a short commission of an initial 10 years.

Susie Hewson is a director of Bristol based Bodywise (UK) Ltd and founder of Natracare, the organic and natural, plastic-free, feminine hygiene brand. She is an active environmental campaigner and advocate for responsible design and 'cradle to grave' design principles. She is a recipient of the Women in Ethical Business Award and the inaugural Oak Award for Lifetime Contribution to the UK's Organic Industry. Bodywise (UK) received a Queen's Award for Enterprise in 2019.

Dr Shanta Nair is a GP partner at Bartongate Surgery, an inner city practice in Gloucester. Her ethos as a family physician is to form a bond with patients in the context of their family units and as individuals, listening to them and giving them confidence to discuss their problems. This helps her to earn their trust and to understand them as people. She is also the chief executive of The Hindu Cultural Association, Gloucester where the main aim is to promote cohesion and understanding in the community. Shanta is passionate about support for carers. 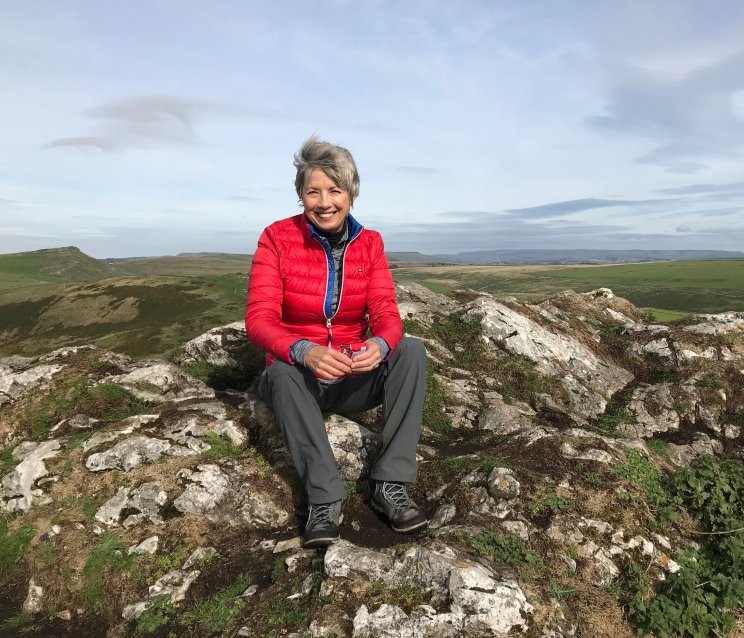 Sybil Ruscoe is a journalist and broadcaster. Sybil was the first woman to present cricket on British terrestrial TV with C4 Cricket, was a launch presenter on BBC Radio 5 Live and a co-presenter on Simon Mayo's Breakfast Show on Radio 1. More recently she's presented Farming Today on BBC Radio 4. Sybil is one of six new non-executive directors of Gloucestershire Cricket Board who will play a key role in developing the recreational game in the county. She's passionate about golf, cricket and her allotment and the countryside.

Dee Russell-Thomas was head of the race equality and diversity service for Gloucestershire until its closure and was responsible for the teams that worked across the county. They supported the needs of the black community, travellers, circus children and those seeking asylum and refuge. She became the first white person to be appointed a director of the Gloucestershire African-Caribbean Association. In 2019, she has been a UK Global Goodwill Ambassador, becoming the UK Director in 2020.

Lavinia Sidgwick has been the administrator of Summerfield Charitable Trust for 30 years, having helped set up the trust that has distributed over £20m to good causes in Gloucestershire. During much of that time, she was also a consultant to the Trust Partnership. She has acted as a coach for cancer sufferers, co-founded the Carey Dickinson Fund for Breast Cancer Campaign and as a trustee of Hosking Houses Trust, a charity providing houses and income for arts fellowships.

The Rev'd Canon Paul Williams has been vicar of Tewkesbury since 2003. During his time in Gloucestershire, he has been area dean of Tewkesbury and Winchcombe and has served on the Cathedral Council. The iconic photograph of Tewkesbury Abbey as an island surrounded by flood waters in 2007 gave Paul a national profile as a community leader. The Queen recently recognised Paul's work with St John Ambulance in the county, nationally and internationally by his appointment as a Commander of the Most Venerable Order of St John of Jerusalem.