Serial burglar caught red-handed on his own street 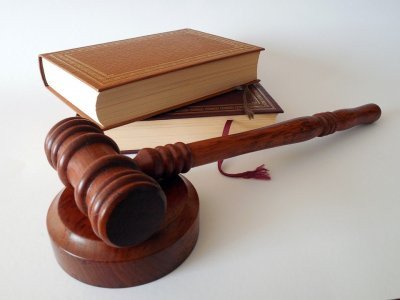 A serial burglar was caught red-handed stealing jewellery from a house in his own street so he fought off a woman neighbour, jumped out of a window and fled, a court heard.

However, other have-a-go eighbours gave chase and called the police after 50-year-old Mark Rodriguez cycled off down Stroud Road, Gloucester with a bag full of jewellery which he had just stolen to settle a drugs debt.

Rodriguez was later caught and arrested and the jewellery - which was of "enormous sentimental value" - was all recovered, Gloucester Crown Court heard.

Prosecuting barrister Janine Wood said: "A neighbour heard the homeowner's dog barking which was unusual for that time of the day.

"She had a spare key and went next-door to investigate.

"As she walked in Rodriguez was coming down the stairs. He had his hood up and was carrying a bag.

"They struggled and Rodriguez jumped head first out of the window, got on his bike and cycled off.

"Police officers caught him in some nearby bushes and he was arrested."

The court then heard that Rodriguez had 49 previous convictions for 157 offences and had committdc his most recent burglary while on licence from of prison sentence.

Defending lawyer Joe Maloney said; "My client was in desperate straits and he is living in a hostel at the moment.

"He was trying to relieve the poverty he was suffering from and he had a £500 drugs debt."

Said the judge to Rodriguez: "Yet again you appear in crown court. The jewellery you stole was obviously of enormous sentimental value.

"I hope you will spend your time in prison reflecting on whether you want to spend the rest of your life there."