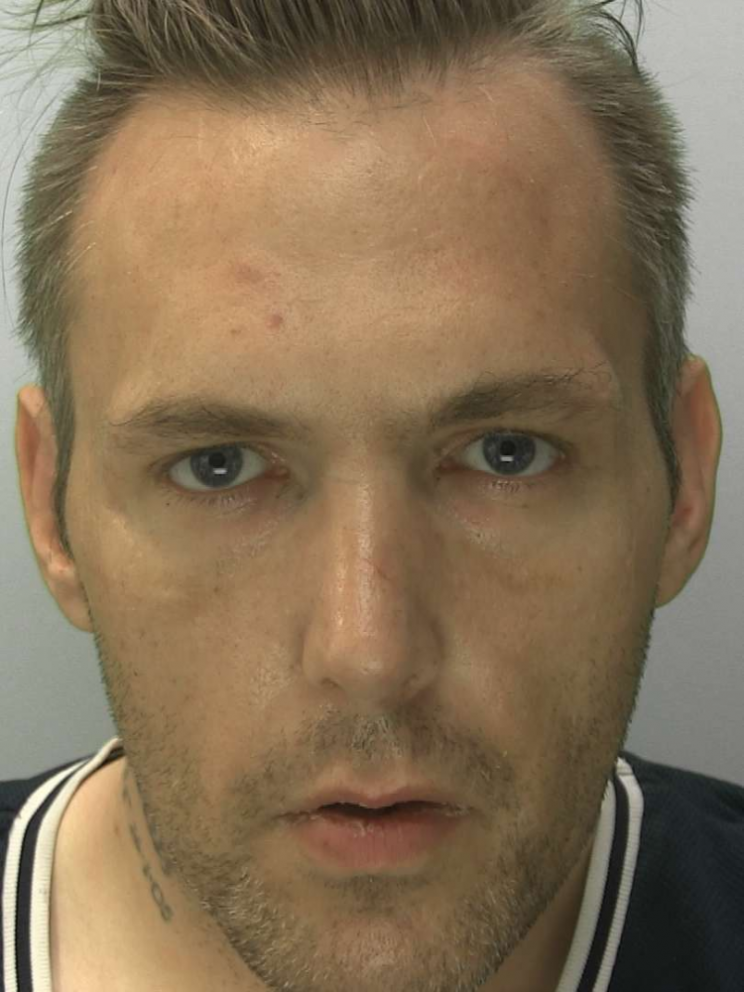 A brave Stroud woman who confronted a serial burglar in her home was pinned against a stair post by him and then pushed to the ground as she pursued him into the front garden, a court heard yesterday (Sept 29).

Cassius Adamson, 37, of London Road, Stroud, was jailed for 3 years 9 months at Gloucester Crown Court after he admitted burgling Jennifer Steward's home in Slad road on August 6th this year and being racially abusive to a black custody officer after his arrest.

The Court heard that Adamson had started out on his criminal career when he was just 10 years old and now has almost seventy burglary convictions on his record.

Prosecutor Ellen McAnaw said Mrs Steward was in her back garden on August 6th, expecting her husband home from work at any time. She heard the front door open and thought it was her husband.

But her dog started barking so she knew something was wrong.

"She went into the house and was confronted by the defendant in the corridor," said the prosecutor. "She shouted, 'What are you doing here, get out, get out!'

"But he kept walking towards her and that scared her. He was holding her laptop in his arms.

"She shouted 'That's not your stuff, I'm calling the police.'

"He turned around and knocked into her, pinning her against the bottom stair post. She was scared he was going to hurt her.

"He dropped the power cable for the laptop and walked back towards the front door. He left the house, with the laptop.

"She followed him outside, where she saw him bend down and pick something up from the ground. She shouted, 'You can't have that - that's not your stuff.

"He turned around and pushed her, causing her to lose balance. She fell to the grass, landing on her face and right shoulder. She felt pain to her nose, back, neck and arm. He was on top of her but she was not sure if that was intentional or a fall.

"She shouted to her son, who was upstairs, to help her as the defendant walked away.

"Her son saw what was happening from an upstairs window and chased after the defendant.

"Adamson was arrested nearby a short time later. From then on his behaviour only worsened.

"He was taken to the police custody centre where he seemed drunk and volatile. He spoke to a custody officer, Harry Janneh, and said, 'You black......' but didn't finish the sentence.

"He was agitated and resisted being taken to the cells. Officers had to restrain him on the floor, and he had to be carried to his cell. He then said something like 'I'm going to spark you out, you black c***,' to Mr Janneh.

Ms McAnawa said Adamson has a bad criminal record and is a third-strike burglar 'many times over' with either 68 or 69 previous dwelling burglary convictions.

Matthew Harbinson, defending, said that before the latest offences Adamson had genuinely felt he was making progress in his efforts to reform and had even volunteered the week before the offences to be electronically tagged and monitored.

"For someone who is a career burglar that is a remarkable thing for him to have done," the solicitor said.

"He felt he was making progress with his mental health - he has been on medication for that for a long time.

"He is currently in very low mood because, of course, he knows what is coming to him today. It is yet more of his life wasted. He has spent a phenomenal proportion of his life behind bars.

"On the day of the commission of this offence he tried to take his own life. He has had traumas in his life including the death of a sibling in violent circumstances.

"He had consumed a quantity of alcohol and medication on that day and his recollection of the burglary is far from clear."

Jailing Adamson for a total of 45 months Recorder Emma Zeb told him "You knocked Mrs Steward over and both of you ended up on the floor. But I do not find that you intentionally pushed her or that there was any intentional violence on your part.

"You are in a sad and sorry cycle of burglary, going into custody, coming out and burgling again. There has been a distinct lack of rehabilitation."