Sentence for man who stabbed another and robbed a store 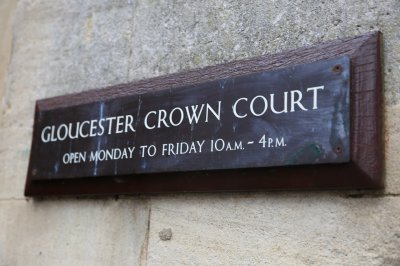 A 20 year old Brockworth man who stabbed another man three times with a screwdriver in a dark alleyway - and also violently robbed a convenience store in Cheltenham - has been jailed for four years and three-quarter years.

At Gloucester Crown Court last Friday (February 19) prosecutor Alistair Haggerty said there had been tensions between the families of Leon Douglas - currently a serving prisoner, but formerly of Spinners Road, Brockworth - and his assault victim is Billy Davies.

"During the early evening of January 20th 2019 Mr Davies went to the kebab shop in Vicarage Court with his sister and on the way home they were confronted by Douglas as they exited an alleyway," said the prosecutor.

"This is an area which is dark and poorly lit. Douglas approached the siblings from behind with a hood pulled over his head. He shouted out some obscenities to both of them.

"Douglas then threatened them with a screwdriver and raised it above his head and made a number of downward striking motions before proceeding to stab Mr Davies through his clothing to his upper left arm.

"The siblings made their escape and having got home they decided to go to the hospital where Mr Davies' puncture wounds were treated."

Recorder Richard Mawhinney said "The wounds were surprisingly light considering the ferocity of the attack. I suspect this is because the screwdriver had to penetrate thick clothing.

"The victim was a very fortunate man in view of the type of assault."

The court was told that in a statement Mr Davies described how he had raised his left arm to protect himself. He described the force used by Douglas as 'quite significant'."

The prosecutor then explained about Douglas' involvement in a robbery in Cheltenham on June 25, 2020.

"Just before midnight, Douglas entered the Premier food store with another man. They had partially covered their faces with their T-shirts in an attempt at avoiding being identified on CCTV as they were not wearing Covid-19 face masks.

"Davies asked the shop assistant the price of a bottle of wine and was told that proof of his ID and age was needed before he could make the purchase.

"Douglas became aggressive because he didn't have any identification on him. He then picked up a bottle of red Lambrini without paying.

"The shop assistant stopped Douglas leaving the store by activating a remote button that locks the door.

"The shopkeeper ordered Douglas to return the bottle of wine, at which he became even more agitated and shouted out that he was going to kill him.

"The shop keeper retreated to behind the counter but was immediately followed by Douglas with the bottle of wine raised above his wine in a threatening manner as if he was about to strike him with it.

"Douglas also kicked at a stool which hit the shopkeeper on the leg before grabbing his hand and pushed it against the door button, which enabled him to escape after grabbing cigarette papers and refills. He left the store with items valued £17.45."

The court was told that Douglas was recognised from the CCTV footage and subsequently arrested. In interview he admitted that his actions had been aggressive but said he was drunk at the time.

Sarah Jenkins defending said: "It's the use of the screwdriver that makes this a more serious case. This was part of an ongoing dispute between the two families."

Recorder Mawhinney commented: "There is obviously some friction between the two families which frequently spills into violence on both sides."

Mrs Jenkins added: "The robbery was conducted while Douglas was intoxicated. He admitted his offending when he was interviewed by police.

"Douglas is a man of few words but he has taken the time and trouble to write a letter to the shop assistant apologising for his actions.

"His mother has written a frank letter to the court explaining that there is a different side to Mr Douglas and there is a lot of good in him."

Douglas pleaded guilty to causing grievous bodily harm by maliciously wounding Billy Davies in Gloucester on January 20, 2019 and having an offensive weapon - a screwdriver - in a public place in an alleyway off Ermin Street in Brockworth on the same date.

He also admitted the robbery at the Premier Store in Cheltenham on June 25, 2020 and further admitted that he was in breach of a suspended prison sentence.

Recorder Mawhinney said to Douglas: "In committing the robbery with another unknown man you became aggressive to the shop keeper and caused him to retreat to behind the counter while you threatened him with what you intended to do to him while poised with a bottle of wine ready to strike him.

"When you were arrested you eventually admitted the robbery while under the influence of alcohol.

"In the wounding offence you confronted Mr Davis and his sister. You threatened them before attacking them in a striking motion. You stabbed him a total of three times.

"Fortunately his injuries were significant less serious than they might have been in such an attack.

"However it has taken some time for these cases to come to court for a variety of reasons and you were substantially younger that you are now when you committed the offences.

"I shall also be activating nine months of your suspended sentence."

The judge jailed Douglas a total of four years and nine months for all offences. The sentence will be in addition to the time he is already serving for previous offences. He was also ordered to pay a victim surcharge of £230.