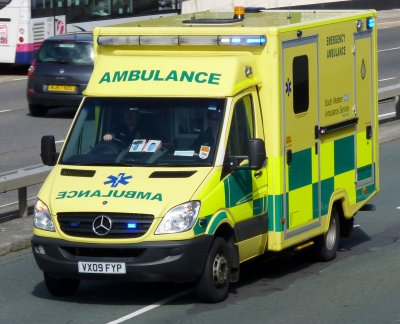 Jonathan Brunsdon, 43, appeared before Cheltenham Magistrates today via video link from Gloucestershire Police's custody suite and pleaded not guilty to threatening to infect a paramedic, with Covid 19, the coronavirus, at 10.45pm on Saturday evening (March 28).

District judge Joti Bopa Rai commented: "Something like this demands immediate action and I accept jurisdiction for the trial to be held at the magistrates' court."

Prosecutor Catharine Thornton told the court that the paramedics was called to Brunsdon's home in Mason Road because a patient was showing signs of the coronaviris.

"However, it is alleged Mr Brunsdon was behaving erratically towards the paramedics in the property and at one staged asked, 'why are they wearing moon suits?'.

"Once they had dealt with the patient and were assuring the others about the person's condition when one of the paramedics and Mr Brunsdon were face to face, only a foot away from each other, when he coughed in the paramedics face.

"Brunsdon said to the paramedic, 'ha ha you've got it now'."

The court heard that the paramedics left immediately, leaving their equipment behind.

Police officers, wearing protective clothing entered the property and arrested Brunsdon, who allegedly gave conflicting evidence about the circumstances of his coughing, the court was told.

Defending Holly Burton said: "Brunsdon admits he coughed but it was not directly in his face. There is a presumption of innocence."

Judge Bopa Rai remanded Brunsdon in custody and said: "The paramedics job is really stretched and don't need people like you interfering with them.

"You were intoxicated and I can't trust you not to reoffend .

"If convicted you'd be looking at a custodial sentence."

Brunsdon will next appear at the court on April 6 for a pre-trial hearing and a trial will be held at the same court on June 8.