Almost one in five SMEs do not think they would survive another lockdown caused by a second wave of the coronavirus pandemic, according to a new report. 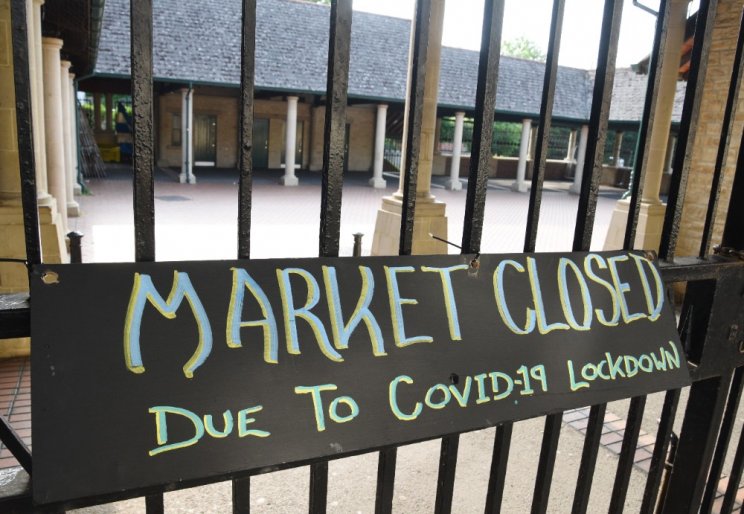 Research by insurer Small Business found 17 per cent of respondents would be forced to stop trading while 32 per cent felt they would suffer worse than the first lockdown but would survive.

The study spoke to more than 500 SME owners with 34 per cent saying a further lockdown would have the same impact as the first while five per cent feeling they would cope better.

Encouragingly, 68 per cent expect their employee numbers to remain the same but more than one in five (21 per cent) expecting them to decrease, 13 per cent forecasting a significant decrease.

Around a quarter (24 per cent) of businesses think it will take 12-18 months to recover money lost during the pandemic.

Nineteen per cent put the figure between six and 12 months and 12 per cent think 18-24 months - the same figure putting it at two-three years.

Nearly a quarter (24 per cent) of small businesses believe it will take six-12 months for customer numbers to return to normal with 14 per cent thinking it could be more than a year.

The study showed that 62 per cent of SME owners feel less confident about the long-term prospects of their business, but the majority feel happy trading within safety guidelines -  43 per cent saying they are comfortable and a further 30 per cent are very comfortable.

Despite the challenges, there are some positives to come out of lockdown.

A quarter of respondents said their staff have learned new skills, 21 per cent have found new customers and 19 per cent have adopted new technologies while 17 per cent have expanded to offer more products or services.

Technology has arguably had the biggest impact with 42 per cent of SME owners saying they are more reliant on technology because of coronavirus.

Just under half (47 per cent) are using messaging apps more for business, a third have increased their use of social media, 36 per cent have introduced contactless or online payment systems, and a quarter (have started to use online delivery services.

Simply Business UK chief executive Alan Thomas: "The nationwide lockdown has had a significant effect on all businesses - from the very largest to the smallest.

"Few have been financially harder hit than SMEs, small businesses and the self-employed and it's telling that many live in fear of another lockdown and the consequences it would have on their business.

"It's promising to see the level of resilience and innovation in the small business community - the greater adoption of technology, and learning of new skills is a real positive and bodes well for the future.

"This is why we've launched a £10,000 Business Boost grant. We'll be giving away £10,000 to one entrepreneur - to help them start or revive their business - providing a financial boost, and potentially a lifeline, in these economically challenging times."