Sales on the up for tile retailer

Topps Tiles has seen a significant improvement in trading during its third quarter, as stores reopened following the coronavirus lockdown.

But the retailer, which has stores in Gloucester, Cheltenham, Cirencester and Stroud, reported average weekly sales of £1.9 million for the 13 weeks to 27th June, down from £4.1 million last year, as reported by Retail Gazette. 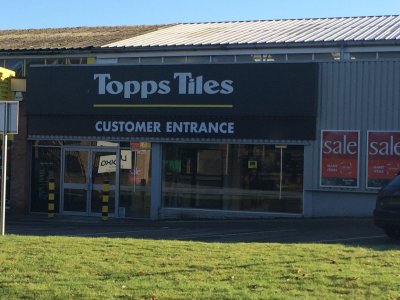 Average weekly sales in April totalled just £800,000, rising to £3.3 million in June. But the retailer saw a big improvement in the final week of June, when all stores were trading, with like-for-like sales of £3.9 million, just 5.4 per cent below the same week last year.

Commercial sales for the quarter were down at £1.4 million - 16 per cent below last year and 39 per cent lower than the previous quarter.

Topps Tiles said the company had demonstrated its resilience and that performance was ahead of its expectations, which were revised following the Covid-19 outbreak. It now believes it is in a strong position for recovery.