Twenty-three rugby players from Gloucester Rugby and Gloucester Hartpury have joined Ed Slater to star in the UK's biggest Advent calendar, displayed afront a huge office building on a main road in the city.

The calendar, which is in its fourth year, has previously been adorned with various Christmas animations as each day throughout December a new door is opened - making it a huge hit with local residents, with hundreds of social posts each festive season championing its appearance. 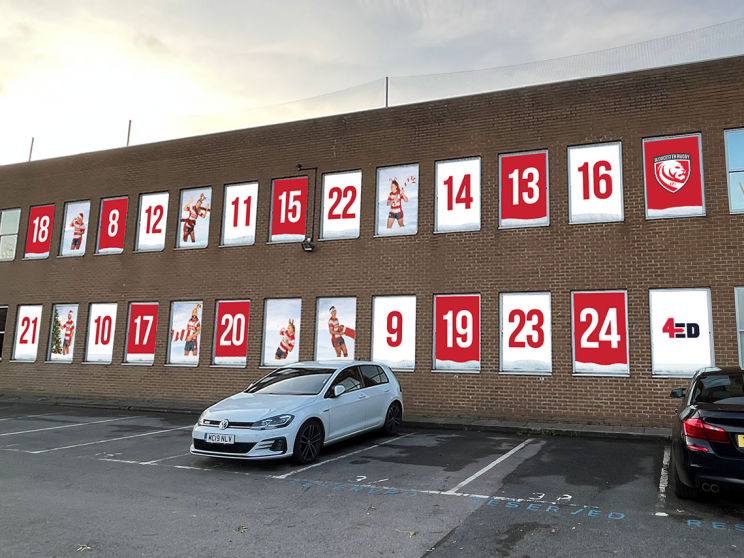 This year the BiGDUG office Advent calendar showcases a very special array of pictures, by promoting the images of the rugby players, some of whom play internationally for England, Wales and Scotland.

All of the players can be seen enjoying different festive activities such as decorating a Christmas tree, playing snowball fights, tinsel tug-of-war and much more - with Ed Slater himself appearing as Father Christmas.

Not only that, but all 24 images have been turned into Christmas cards too, raising money for the 4ED campaign. The cards, which are sold in packs of 48, contain two cards of each image from the likes of Jonny May, Louis Rees-Zammit, Chris Harris, Mo Hunt, Adam Hastings, Lewis Ludlow and many more - all with the player's autograph inside.

Ed Slater joined Gloucester Rugby from Leicester Tigers in 2017 before being forced to retire, following his diagnosis with Motor Neurone Disease (MND) earlier this year. Ed and his family have received an outpouring of love and support since his diagnosis including this most recent fundraiser from main partners BiGDUG.

The whole £7 charge for the cards plus the entire delivery cost will be donated back to the fundraiser by BiGDUG, so purchasers can feel confident every penny they give will go straight to support the Slater family. 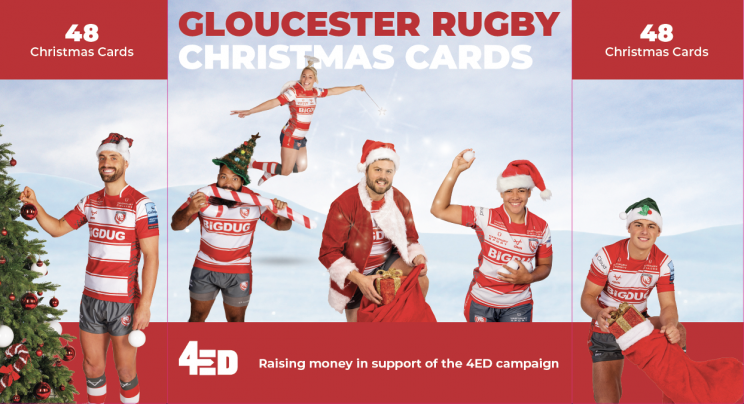 The players featured in the campaign are, in no particular order:

For more information and to purchase cards for £7 plus delivery 4ED, please visit https://www.bigdug.co.uk/packaging-supplies-equipment-c82892/postal-retail-packaging-c82901/document-envelopes-c82911/gloucester-rugby-charity-christmas-cards-p23756