Road closures throughout Cheltenham for Sunday's Half Marathon

Roads in and around Cheltenham's town centre will be closed throughout Sunday morning.

The Cheltenham Half Marathon will see around 5,000 runners take to the streets with the race starting at 9am.

However, notifications are up on streets on and around the race route detailing a number of road closures to allow the event to be run safely.

The event starts and ends at Cheltenham Racecourse and is run on a loop that sees participants run into Prestbury and then into the town centre. 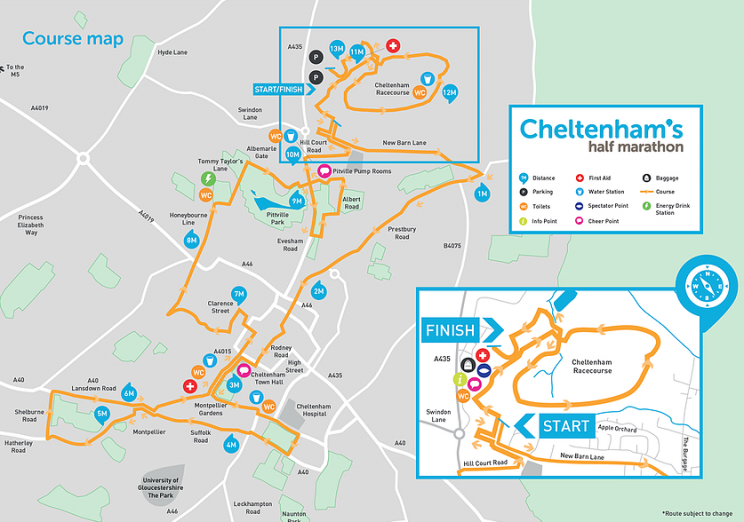 A loop around Montpellier, and down to Sherborne Road sees the runners head back into the town centre before taking to the Honeybourne Line and around Pittville Park to the finish line.

According to the race website, traffic management measures will run between 7am and 1pm.

The website says: "In planning the event every effort is made to minimise the disruption causes with the closing of roads to ensure the safety of participants and spectators."

The two main access routes into the town centre will be the Tewkesbury Road to the west and The A435 to the east. 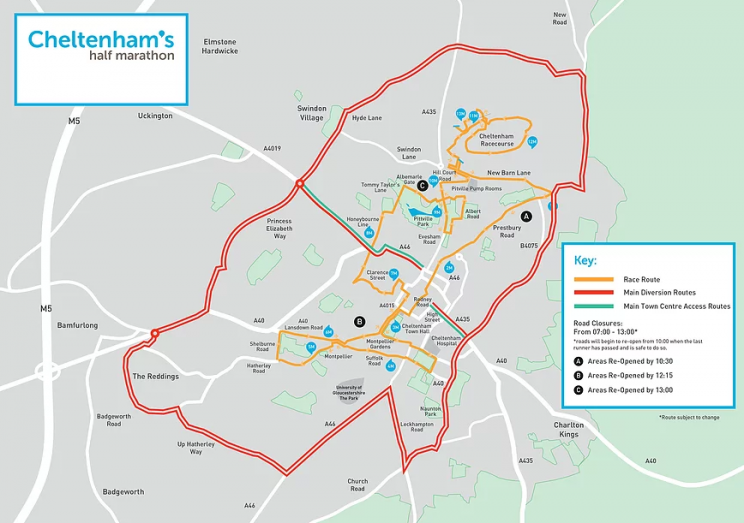 There will be no town centre access along Lansdown Road or via Evesham Road as they are part of the running route.

The Cheltenham Half Marathon is a charity-focussed event that works alongside a designated charity each year.

This year, Macmillan Cancer Support is the chosen charity, although the Marathon works closely with Sue Ryder Leckhampton and Winston's Wish, who will both be entering teams.