The Government's objectives are widening to protect business as well as lives during the coronavirus pandemic, according to Richard Graham. 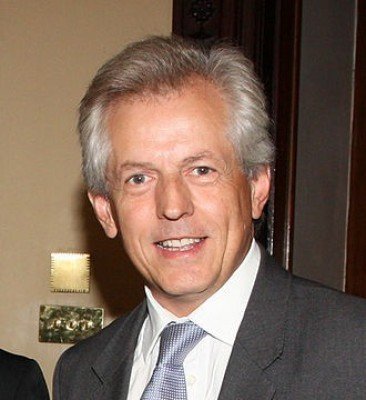 And he believes Gloucester will be better placed to weather the storm than many other cities.

The MP for Gloucester was speaking at the first in a series of Q&A sessions with Gloucestershire's MPs organised by Punchline-Gloucester.com.

Chaired by Punchline editor Mark Owen and sponsored by Cheltenham-based chartered surveyors and planning consultants Evans Jones, the Zoom session was joined by leading business figures from around the city.

They got the chance to quiz Mr Graham on the impact of coronavirus on the economy and what measures were being taken to help the city's businesses survive and recover as restrictions are gradually relaxed.

"Around £21billion has been put out in loans. The city council has paid out £20million to 1,653 businesses which puts it in the top 10 in the country for the percentage of grants paid out.

"Employment is going to be the number one thing, especially for the young. How are we going to give young people the opportunities?"

Cheltenham MP Alex Chalk will be next in the hot seat next week.

Find out how you can join in the session and answer a question at Punchline-Gloucester.com

Highlights of the Q& Session

David Jones, director, Evans Jones: "The lockdown is not without benefit - lower pollution, reduced congestion, perhaps a fitter population (more walking and cycling). What three measures would Richard put in place to maintain at least some of the cultural behaviour change we have all experienced over the past eight-nine weeks?"

Richard Graham: "Consensus is the key thing. People want to get outside for exercise, to see an elderly parent. To some extent, Government has to lead and also to recognise where the population is. 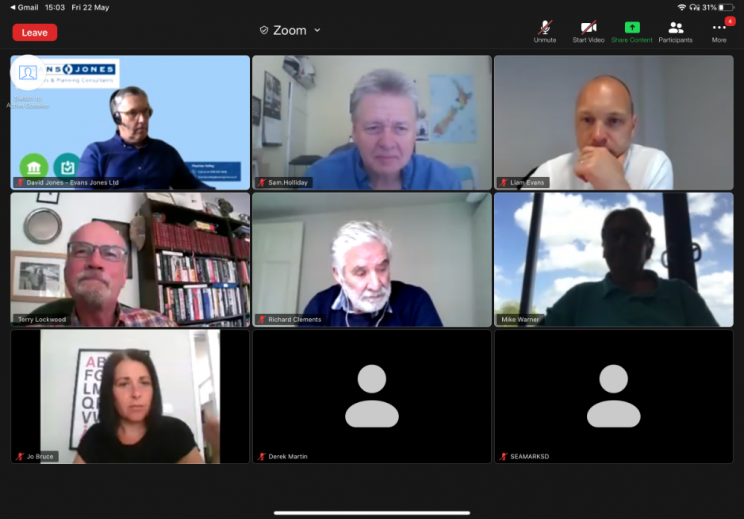 "To some extent people are going to reach these decisions themselves. People do not want to get too close, we are aware of the risks. If we can be strong and solid in recognising safety first, we can set a great example.

"I do think Grant Shapps' (Transport Secretary) announcement on more money for pedestrians and bicycle' is good. Our town crier Alan Myatt is on his bike and he is loving it.

"We are going to have to be really innovative on how we stimulate taking on apprentices, R&D credits, how we can use tax credits creatively to encourage businesses to grow.

"There are obvious threats but there are great opportunities on the digital side."

Nigel Knowlman, Sunnyfield Marketing: "Why is the government wilfully piling on a second hammer blow to an economy already shattered by COVID-19 in its obsessive pursuit of its hard Brexit agenda?"

RG: "Somebody asked me the other day 'do you wish Brexit was back?'. My response was 'don't go there'.

"I've always said about trade there are two games to be played. One is the defensive game negotiating with Europe and the other is the creative midfielder or striker, going out to find new deals.

"That side is moving forward and if we can pull both of them off, that would be a major achievement.

"If we had a free trade agreement with the US and a good deal with the EU, that would a significant improvement."

Martin Hughes, chief executive, Lilian Faithfull Care: "Can Richard confirm that he will make appropriate representations to Gloucestershire County Council that all the additional funds allocated to the county for COVID-19 is issued as soon as possible - be that care/schools or otherwise - and data published on its usage?" 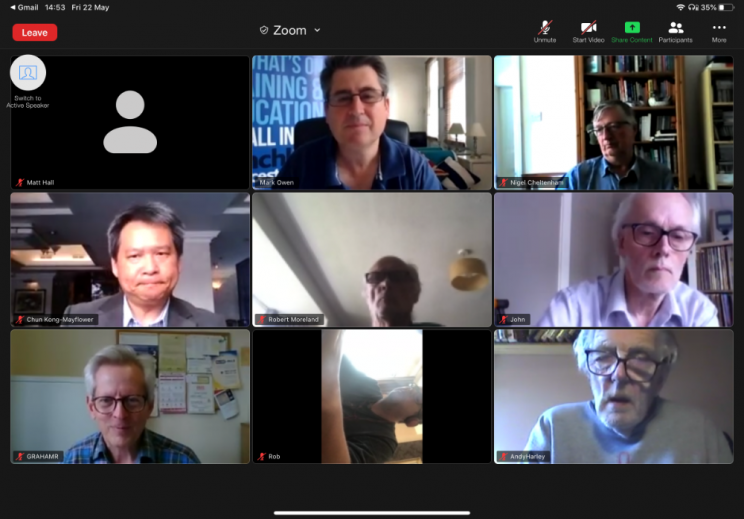 "Today, staff at NHS and care homes can get tested at the Jenner Centre in Brockworth and others at Oxstalls. I am confident we can get that facility extended again.

"As a county we are not in a bad place. One of the things that will come out of this will be a lessons learned exercise.

"Will you pass on thanks to all your staff at Lilian Faithfull, we are clapping for them as well."

Mike Warner, Warner Cars and Budgens: "With the very late restart and changes in the retail and hospitality industries, how are we going to deal with the many young people from many educational backgrounds in the short term who find themselves unemployed?

"Could an employment scheme mostly funded by Government be introduced for employers to take some of this group under their wings and provide some form of short-term basic training in the workplace to enable them to make changes to their lifestyle and seek new employment."

RG: "It is quite extraordinary, only a few months ago at the General Election, none of us needed to campaign about jobs as we had record employment.

"I am chairing a small group in my party who are looking at this. One person is looking at the impact on women, and there is a case to be made that women are going to lose out most, somebody else is looking at young people and we have various different focuses.

"In one way, Gloucester will be better protected than some other cities. Gloucester has the 14th highest employment rate in the country of 63 cities.

"When I first became MP in 2010, it looked like we would do worse as we had a large number of public sector jobs and a lot of them were about to be in doubt.

"Roughly a third of the city are in the public sector, but I think that will be an advantage as more families will have a wage packet come in and support young people. They can remain living at home and avoid the single biggest obstacle to young people which is rent.

"Some of our more affluent towns in the county may find it a bit harder.

"How we make sure the streams of opportunities are there is really important and businesses have a big part to play in that. What you can do is be proactive and offer a Gloucestershire scheme. The Government likes to have ideas put forward."

Richard Comley, director, Cheltenham Instruments: "Mr Graham flew to China in 2018 on a trade mission with Prime Minister Theresa May and a business delegation including Neill Ricketts, chief executive of Versarien, a local company who manufacture graphene.

"With graphene's many versatile uses and applications, it seems to me that there is now a massive opportunity for companies like Versarien to grow as the economy rebounds, and also to attract other similar high-tech businesses to the area.

Would like to hear Mr Graham's thoughts on supporting and protecting local businesses in this sector as well as incentivising new businesses to relocate. As a side issue, his thoughts on working with China vis-à-vis IP issues would also be interesting.

"Tech has got to be key for everyone. Government will be announcing new funds on superfast broadband, it is a good moment to put up your hand for that.

"It is important with these partnerships we don't see these firms sold off and relocated to China, but we develop them in partnership with China."

John Hutchinson, director, Radio, Electrical and Television Retailers' Association (Retra): "Now most retail businesses have had their rates cancelled until April 2021, don't you think itis time for a new fairer system for all. I should think that the government can now look to bring in a fair and equitable system that charges the same rate sales tax to all companies that sell to the public, whether large or small, regardless of where in the world they are based.

"If we are all in it together then we should all pay the same percentage tax together."

RG: "It's an interesting issue and there's a lot we can debate but I do not believe the argument that we are all in it together means we should all pay the same tax.

"I do understand the argument that it is hard to tax businesses who operate through the internet any way other than a sales tax. It is something the Government will have to look at. 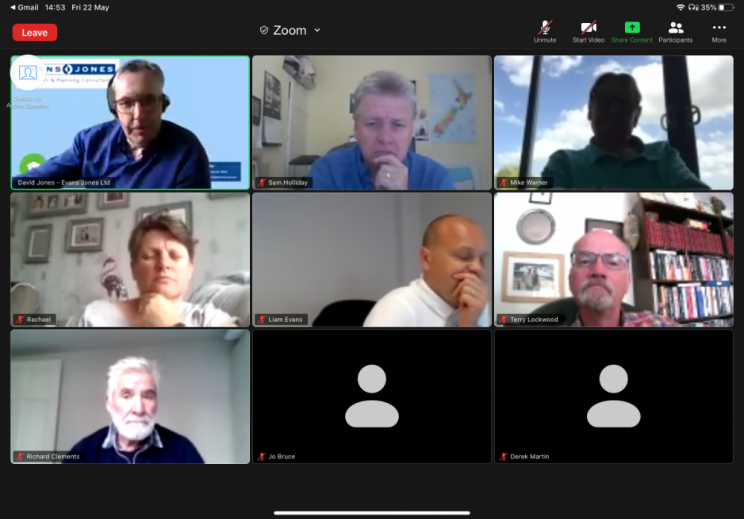 "Business rates being in £29billion a year which ultimately pays for things like the NHS. I can see the argument but I would like to see the figures. Any move away from that is going to have to be very cleverly and thoroughly thought out.

RG: "The Canal & River Trust has been in touch with me and they are doing more locally to raise funds to keep up that great treasure at the heart of the city.

"There are a lot of people with a lot of hands out at the moment from different sectors.

"Aerospace is pretty big to Gloucester and people aren't making many airplanes at the moment and they've got a pretty good case. The hospitality sector in general, pubs and restaurants are doing to be hard hit. We don't know exactly what is going to happen at the Docks.

"When people are back there, there's no reason why they can't be back on the canals. We've all got to be a bit creative.

"I need to look at the Trust's proposals, if it makes sense I will certainly back it.

"The council is going to have to use money very creatively. Ley's hope people will be on your boats before the summer is over."

Steve Barnett, Glevum Security: "Do you think it is detrimental for Gloucester business and economy that England seems to be starting/moving quicker than Ireland, Wales and Scotland regards getting the economy started again and returning to work?"

"Should the United Kingdom all be working together on the unlock planning process at the same time?"

"I think is important the UK remains fairly solid together and keep arguments about how it has been handled until afterwards.

David Jones, Evans Jones: "As a town planner I have seen the success of progressive relaxation of planning rules, for example allowing office to residential conversion, bringing back into use often vacant buildings and creating much need housing in town centres.

"Given the demise of many of our town centre retail and leisure uses, is the time now right to consider further relaxation of planning controls making it easier for the upper floors of town centre premises to be converted to a range of uses, eg unlimited residential conversion of upper floor spaces?"

"I am in the market on what we can do with the land around Greyfriars Market. There's a fantastic space there for a fantastic development.

"And yes, there's scope for relaxation for the planning rules without upsetting the green belt."

Check out Punchline-Gloucester.com for how to join next week's Q&A with Alex Chalk MP and for news about future sessions with Gloucestershire's MPs.