Bonmarché set to be rescued by rival fashion chain

Bonmarché, the womenswear retailer which went into administration in October, looks set to be rescued by rival chain, Peacocks.

Peacocks has been named "preferred bidder" for the business, which has stores in Gloucester and Lydney. Negotiations are ongoing and the deal hasn't yet been secured, as reported by the BBC. 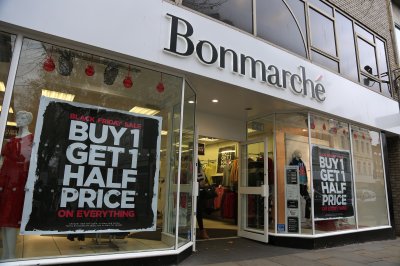 However, 30 underperforming Bonmarché stores will now be closed by 11th December, putting up to 240 jobs at risk. It is not yet clear which stores they will be.

Bonmarché's 285 remaining stores will continue trading, with the administrator saying most of them are expected to be purchased by Peacocks. The long-term future of the business is still uncertain and will depend not only on negotiations with Peacocks, but also with landlords.

A previous offer in April to buy the business by Peacocks' billionaire owner, Philip Day, was rejected.

Peacocks has around 500 stores in the UK, including several across the county. It was bought out of administration itself in 2012 by Edinburgh Woollen Mill.