Restrictions end 'any hope and fight' as Cheltenham restaurant closes

Former MasterChef finalist Andrew Kojima said the latest coronavirus restrictions were "the final nail in the coffin" as he announced his Cheltenham restaurant would not be reopening. 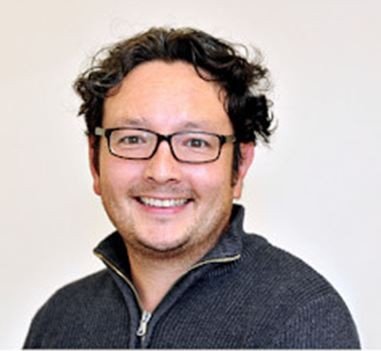 He said: "I am immensely proud of what my team and I achieved in three years and of our own contribution towards enhancing Cheltenham's reputation for good lifestyle.

"I had hoped that if both the virus itself and the guidelines began to stabilise, we would be able to reopen,

"I felt that there was more to come."

In a statement on his website, Mr Kojima said he had budgeted for reopening costs but this week's announcement that restaurants have to shut at 10pm and restrictions could last for six months was a step too far.

"They are the final nail in the coffin for any hope and fight that I had left in me," he said.

"The task of generating revenues that exceed our overheads has been made all the harder by social distancing measures."

He continued: "Consumer confidence, already damaged by both the virus itself and its economic impact, will suffer a fresh blow now that the widely anticipated second peak has lead to further restrictions.

"And I expect the trading environment to deteriorate further as more redundancies follow. Even our most loyal customers will have to cut back on their occasional treats."

He said opening the restaurant was the realisation of a dream.

"I followed my heart," he said. "Sadly, I have concluded that now is the time for my head to rule my heart, so that I can make a fresh start, rebuild my career and make a living to support my wife and our young children through this turbulent time, rather than add to their worries.

"Without the backing of a wealthy and optimistic investor, I cannot take the risk of incurring further losses and greater debt."

Mr Kojima, who released his first book No Sushi earlier this year, served as a director of Cheltenham BID during his time working in the time.

"I have grown very fond of Cheltenham," he said. "I have made many new friends, both among fellow business owners and our customers.

The announcement prompted a string of responses on Twitter, Michelin-starred chef Michel Roux Jr saying: "Very sad news, but trust me you will be back stronger."

And Chun Kong, founder of The Mayflower restaurant in Cheltenham, said: "I am deeply saddened to hear of the closure of your brilliant restaurant. You have been a great asset to Cheltenham's independent dining sector."

The news comes after a warning from members of the Gloucestershire hospitality industry that the restrictions would be the final straw for many venues.