Soaring energy costs, food price inflation and a slowdown in consumer spending have sent restaurants into the red. 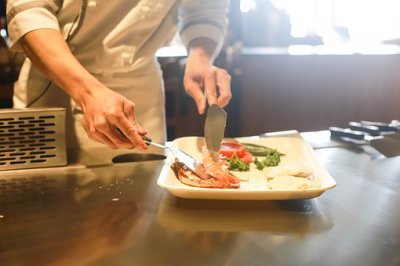 In the last three months, the number of restaurant companies becoming insolvent increased by 15 per cent to 453, up from 395 the previous quarter.

Restaurants across the UK have been dealing with the highest level of inflation since 1981 and a sharp slowdown in consumer spending.

As well as increasing food and energy costs, restaurants have been hit by shortages of labour, particularly for skilled roles such as chefs, which has pushed up staff costs.

Some restaurants have already revealed they will be cutting their trading hours in order to save on the cost of energy.

Rebecca Dacre, partner at Mazars, said: "Insolvencies of restaurant businesses are now happening at a far faster rate than during COVID. It is a very toxic mix of rising input costs, sharply rising finance costs and weak demand. Most restaurateurs have not seen this combination of negative factors before.

"The Christmas trading period is usually a bumper period for hospitality businesses. However, restaurants will be bracing themselves for a very tough winter and many face a real battle to keep afloat.

"There's a certainty of further insolvencies if they don't receive much more support from the Government, but the chances of the Government fully turning on the taps is low."

Following the Chancellor's Autumn Statement, Emma McClarkin chief executive of the British Beer and Pub Association, said: "It is right the Chancellor has acknowledged of the need for changes to our business rates system and extended and increased relief to 75 per cent for pubs, so they do not continue to be penalised through unfair taxation.

"Urgent root and branch reform is still needed make business rates fit for the 21st century, with the decision not to introduce an Online Sales Tax it seems the Government doesn't recognise the completely archaic nature of the current system.

"The failure to provide any further relief for our industry will hit pubs, breweries and their customers extremely hard this winter, and will have a devastating, lasting impact on communities across the country."