Dumping and burning rubbish has earned a repeat offender a fine of more than £600 after being prosecuted by Tewkesbury Borough Council. 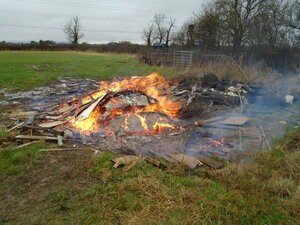 James Staniland, from Gloucester, pleased guilty to disposing of controlled waste by burning on land in Badgeworth.

Cheltenham Magistrates' Court heard he had burned waste several times last year with a £480 fine reduced to £320 as a result of his guilty plea.

He was also ordered to pay the council £250 in costs and a £32 victim surcharge.

Councillor Jim Mason, lead member for clean and green environment, said: "This successful prosecution shows that the council will not tolerate illegal waste disposal and we will not hesitate to prosecute those who disregard the regulations.

"This was not a one-off lapse in judgement - the culprit was found to have dumped and burnt waste on several occasions, with implications for environmental damage and a potential health hazard.

"Our environmental health officers work tirelessly to investigate instances of environmental crime and I'd like to take this opportunity to publicly thank them for a job well done."