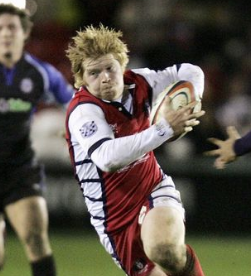 A special day of events to remember ex-Gloucester player Jack Adams who tragically lost his life earlier this year is taking place at Kingsholm on Sunday (September 5).

A few months ago, the rugby world was saddened to learn the former Gloucester and Bristol star had been diagnosed with terminal cancer aged just 34. Sadly he lost his battle shortly after and left a young family including three children, Alfie, 13, Florence 9 and Tate aged 10 months.

The day will be attended by ex-Gloucester players Mike Tindall from 'The Good the Bad and the Rugby' podcast and Jim Hamilton from 'The Rugby Pod'. After the Jack Adams memorial fixture a live show bringing together the two podcasts will take place in the 1873 Suite. The event will be hosted by Alex Payne and include a Q&A with Mike Tindall and Jim Hamilton.

Jack Adams lived for rugby in his earlier years. Following his England U16s and 18s selection, he was proud to have represented all of the clubs he played for at a senior level, be it Gloucester, Bristol, Moseley, Cinderford or Chinnor. Another highlight was his stint representing England 7s, travelling to South Africa, Hong Kong, Dubai and Australia as well as playing in London and Edinburgh. 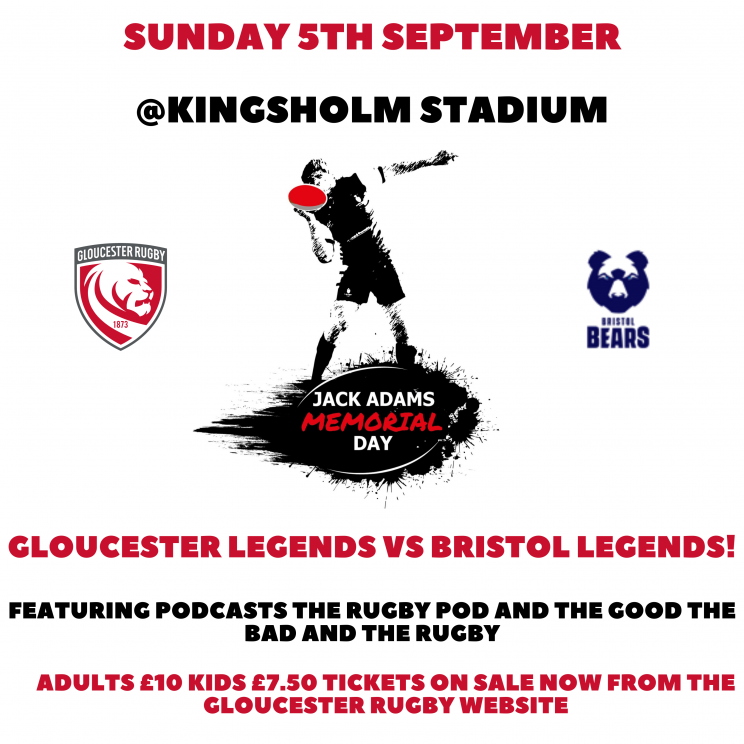 Since retiring in 2017, Jack devoted himself to his family and to his new career in construction management. He had not left rugby behind though, coaching local senior teams Brockworth RFC (his boyhood club) and Hucclecote RFC. 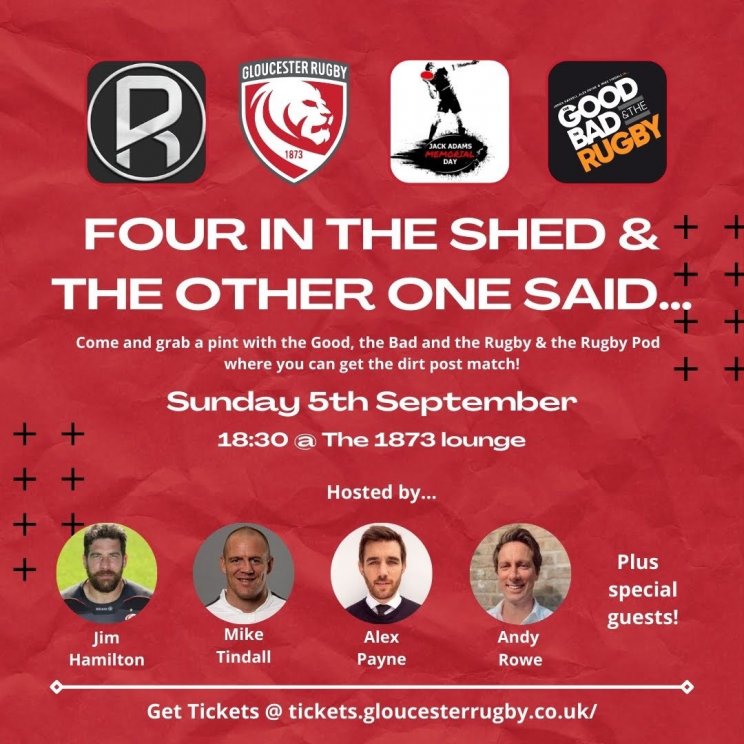 The rugby community has pulled together to support Jack's family at this difficult time with a number of other fund raising initiatives.

The Jack Adams Memorial Raffle has a host of great prizes, including a pair of tickets to England v Tonga at Twickenham on Saturday, November 6, donated by Brockworth RFC and two Gloucester Rugby tickets for a home game of your choice for the 2021/22 season (donated by Gloucester Rugby).