The UK economy recorded growth in the three months to the end of August, easing fears of the economy going into recession.

The Office of National Statistics reported that for the three months to the end of August, GDP rose by 0.3 per cent.

That came despite it shrinking by 0.1 per cent in August. A upwards revision for the month of July of 0.4 per cent, helping to offset that decrease. 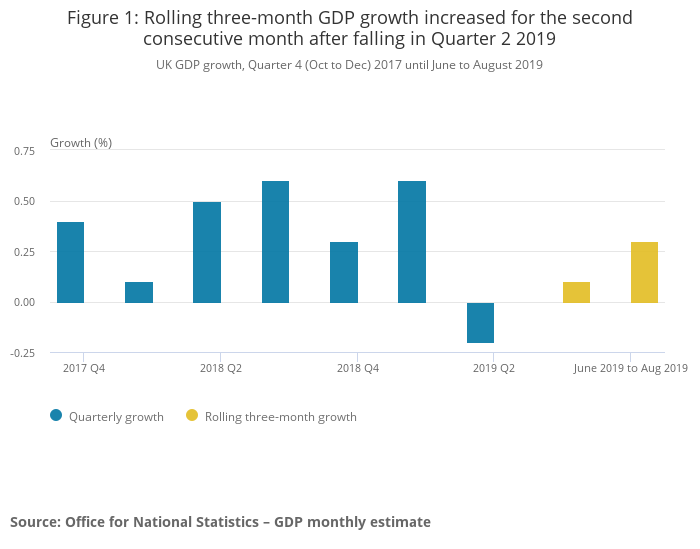 Head of GDP at the Office of National Statistics Rob Kent-Smith said: "Growth increased in the latest three months, despite a weak performance across manufacturing, with TV and film production helping to boost the services sector."

The services sector grew by 0.4 per cent between June and August, while the production sector fell by the same amount. Construction output grew by 0.1 per cent.

Because the economy grew in the three months to August, the technical sign of a recession has been avoided.

In the second quarter of 2019, the economy shrank for the first time since 2012, prompting fears that an official recession would be called with the release of today's results.