The Gloucestershire headquartered energy giant on whose shoulders the UK's hopes of sustainable nuclear power sit has announced a setback to its ambitions.

French-owned EDF has confirmed the launch of its Flamanville reactor in Normandy has been put back three years to the end of 2022 due to defective welds. 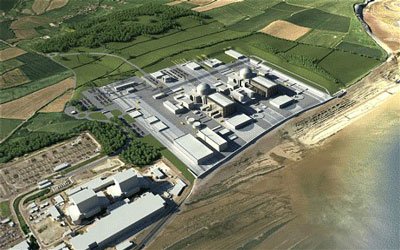 For those watching the progress of the Gloucester headquartered company's work to build the first of the next generation of nuclear reactors at Hinkley in Somerset it will be of interest.

The two British reactors, at a cost of nearly £20 billion, are described as "similar".

The Flamanville delays come after the state-owned business (Electricite de France) was ordered by the French Nuclear Safety Authority to repair eight faulty welds at the plant.

Originally the Flamanville reactor was due to come on stream in 2012 at a cost of 3.3 billion euros. Recent reported estimates now put the cost nearer to 10.9 billion euros.

Critics have called for EDF to take the reactor off the market.

EDF says it will learn from the issues at Flamanville. The two Hinkley Point reactors are expected to be capable of producing seven per cent of Britain's electricity.