A burglar who stole 101 mobile with more than £50,000 from a Gloucester phone shop has been jailed for more than two years. 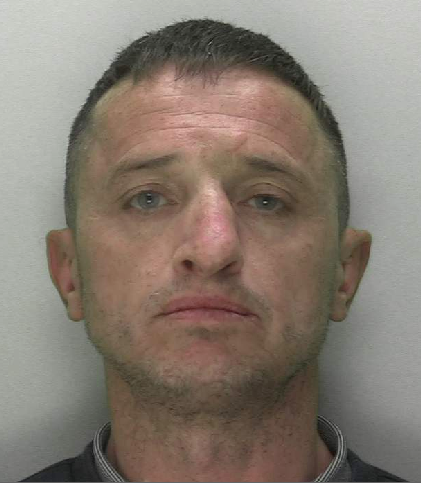 Jason Best, 49, was caught because he left blood inside the EE shop on Gloucester Cross during the raid, Gloucester Crown Court was told.

Best, of West Heath, Birmingham, pleaded guilty to breaking into the shop and stealing phones worth £50,999.96, causing £3,000 damage in the process.

Others who took part in the burglary in June 2018 were never caught said the prosecution.

The court heard Best was arrested for the offence at Gatwick Airport in March as he returned from a holiday trip abroad.

Once inside they used body pressure to force doors to the staff and store rooms downstairs with a hammer and a jemmy used to get into the stockroom from which the 101 phones were taken.

Mr Threlfall said DNA testing of blood found at the scene matched with Best, who had made 28 previous court appearances, 16 of them for burglary,.

Geraldine Toal, defending, urged the court to suspend a sentence so Best could continue to care for his son, who is suffering from serious injury following an accident.

She also asked the court to take into account the offence happened three years ago and Best has not offended since.

She said he had been coerced into taking part in the raid by others to whom he owed drug money,.

The judge, Recorder James Bromige, told Best: "For a large part of your life you have been involved in thieving.

"I accept you were in a subordinate role when you took part in this offence. I also accept that you are the primary carer for your son - I have had a letter from him and seen a photo of the very serious injuries he has suffered."

But the judge said he could not bring the sentence any lower than two years four months and Best would have to serve it immediately.