An air marshal who has held top posts with the Royal Air Force and NATO has been appointed as the new patron of Gloucestershire-based aviation charity fly2help.

Air marshal Sir Dusty Miller said it was "impossible to refuse" the chance to take on the role at the Gloucestershire Airport-based charity.

Sir Dusty enjoyed a 40year career in the RAF, flying iconic aircraft like the Jet Provost, Hunter, January and Tornado. 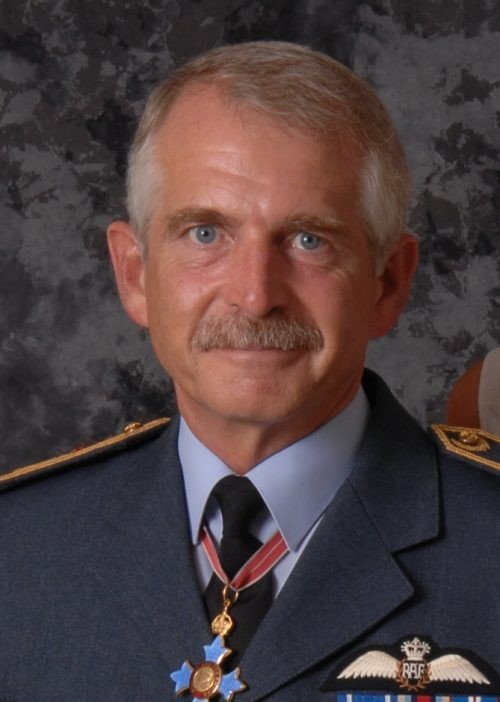 He was promoted to air marshal while serving as the Deputy Commander of NATO's Allied Joint Force Command, Naples and was knighted for his service in 2007.

"The invitation to be Patron of this outstanding charity was impossible to refuse," Sir Dusty said.

"I am proud to be part of the fly2help team.

I have witnessed at first hand the enthusiasm, dedication and passion of the staff and volunteers who deliver the Air Smiles and Aim High programmes.

"I have also heard about the immense and enduring value it delivers to its beneficiaries.

One of Sir Dusty's first duties as Patron was to welcome a representative from Ontic Engineering and Manufacturing from their Bishop's Cleeve base to the charity's base.

Ontic were visiting to present a cheque to fly2help from their parent company BBA Aviation and their charitable giving programme.

Ontic's President, Gareth Hall said 'At Ontic we have a very strong Corporate Responsibility culture which we are all very proud of.

"Fly2help is a great local charity which we are delighted to donate to. We recently completed the Three Peaks Challenge to raise money for this worthy cause.

"The sense of team spirit and achievement was fantastic - even if there were a few sore knees and feet at the end.

"We raised over £3,000 during this event all of which we gave to fly2help.

The money will be used by fly2help across its charitable programmes, to provide Air Smiles Days to local families as they face difficult challenges.

It will also support fly2help's Aim High Education programme which opens the door on the world of aviation to youngsters, offering career advice and guidance.