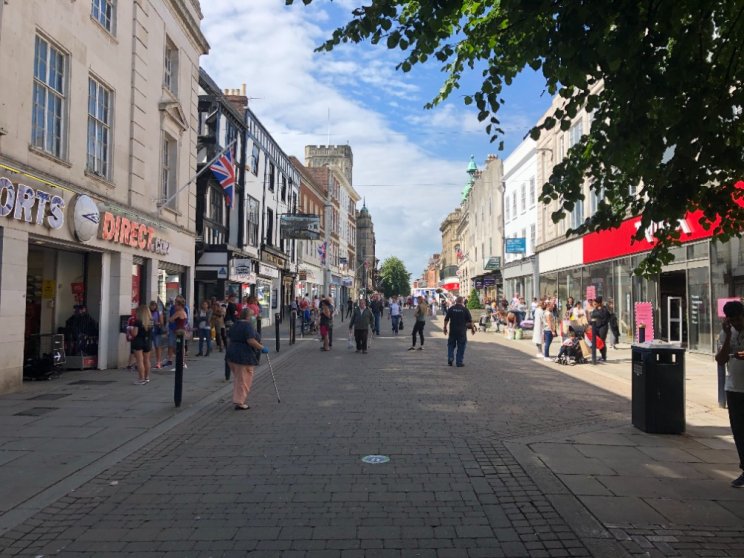 The optimistic song Wake Up Boo rang out through Gloucester Quays at 10am as shops around the county did exactly that.

Queues formed outside shops as they prepared to open their doors for the first time in almost three months with clothes and sports shops attracting the most shoppers drawn back by the relaxation of government restrictions.

Primark and TK Maxx in both Gloucester and Cheltenham saw queues throughout the morning with banks and cashpoints also proving popular.

Sports Direct also attracted plenty of early custom in Gloucester while at the Quays, where shops opened their doors at 10am, Nike and Adidas saw lines forming outside waiting for the big moment.

Across the road at the Peel Centre, Next also saw shoppers queuing before opening.

Cheltenham BID director Kevan Blackadder said: "Early indication in Cheltenham is that there is enthusiasm for the town centre with the longest queues outside Primark and TK Maxx. 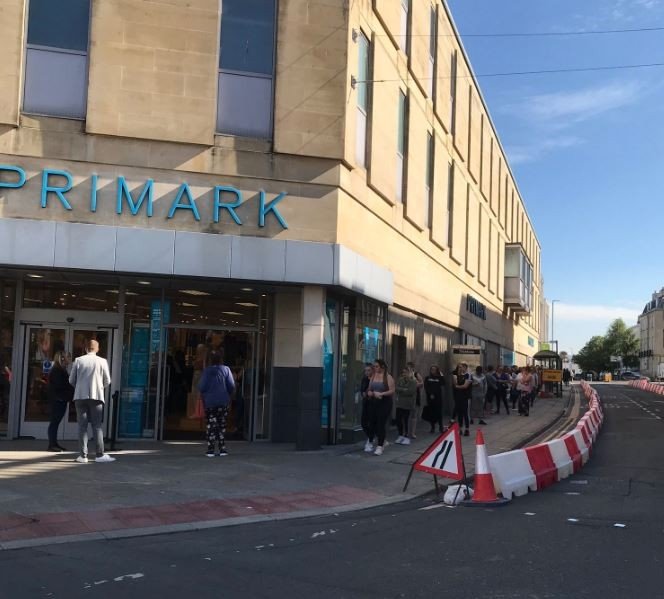 "It is really encouraging signs the extra measures stores have taken are working with hand sanitisers outside shops and lots of clear measuring and signalling around the town in addition to the work carried out by the Cheltenham BID."

There were plenty of safety measures in place in Gloucester as well with specified entrances and exits to many shops and staff greeting customers and limiting the number of shoppers on premises at each time.

The Eastgate and King's Walk shopping centres both have signs asking shoppers to keep left, backed up with frequent announcements.

King's Walk centre manager Peter White said: "We have had busier than expected queues outside of Primark this morning as a couple of hundred people waited outside for the store to open at 9am.

"A lot of stores are putting on special offers and we are really pleased with the way it has gone so far. 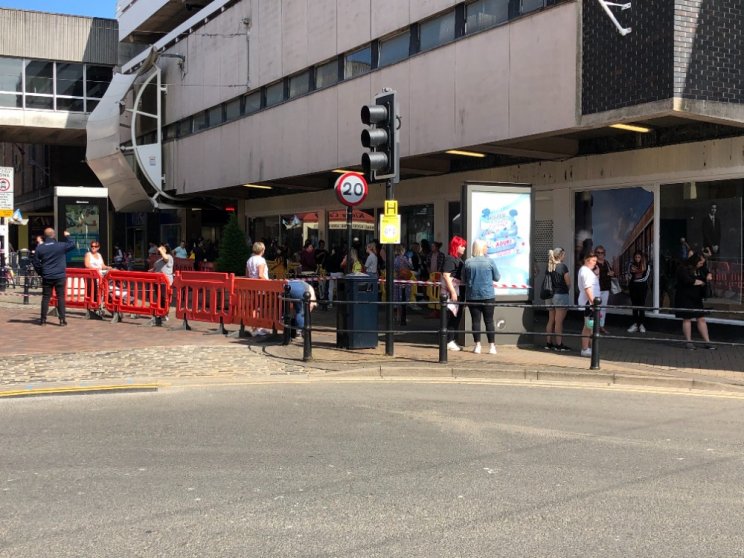 "We'll continue to monitor the situation daily and work with all our retailers to ensure the safety of all King's Walk customers."

With not all of its shops reopening today, Gloucester Quays saw steady custom as they opened their doors at 10am.

Lifestyle Outlets managing director Jason Pullen said: "We're delighted that from today our retailers are able to reopen and we look forward to welcoming in customers from across the region as they return to shop their favourite brands here at Gloucester Quays.

"We've made every effort to ensure the centre is COVID-secure, this includes increased cleaning, hand sanitisation stations, the introduction of new signage to help people navigate the mall and social distancing measures."

Around 60 per cent of shops have reopened at Regent Arcade in Cheltenham with more due to follow in the coming days. 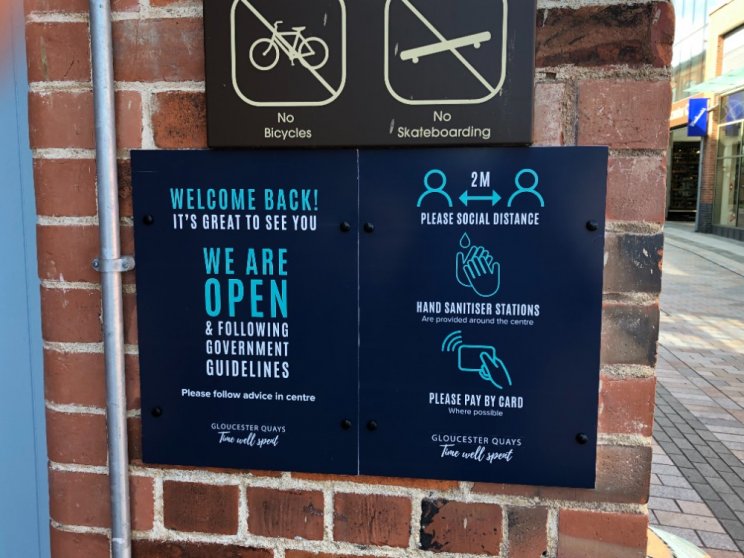 The reopening follows the latest figures which showed an 81.6 per cent fall in high street footfall during May.

British Retail Consortium chief executive Helen Dickinson said: "Other countries that have lifted their lockdown have seen footfall rise by around 15-25 percentage points in the initial weeks, and many retailers will hope for a similar, if not larger rise, as shops in England begin to reopen.

"Retailers have been under immense pressure for the past three months but the reopening of non-essential shops from today is unlikely to deliver immediate relief.

"A mix of low consumer confidence and limits on the number of people able to enter stores mean that many shops will continue to suffer lower footfall - and lower sales - for some time to come."

She continued: The Government should consider options to stimulate demand, such as a short-term reduction in VAT or a temporary income tax cut for lower-income workers.

"As they return to serving the country, there is still a risk that many physical shops could end up closing their doors again - only this time, permanently." 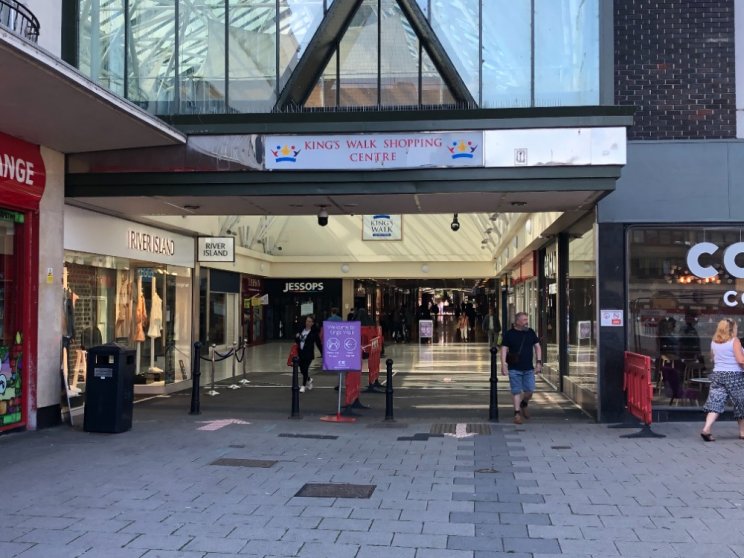