Question mark over future of A417 ‘missing link’ scheme

With the departure of transport minister, Chris Grayling, a question mark must now hang over the future of the A417 'missing link' scheme.

In his final appearance in the House of Commons as minister, Grayling reassured Cotswold MP, Geoffrey Clifton-Brown, that all was on track for the scheme to go ahead, as reported by The Guardian. 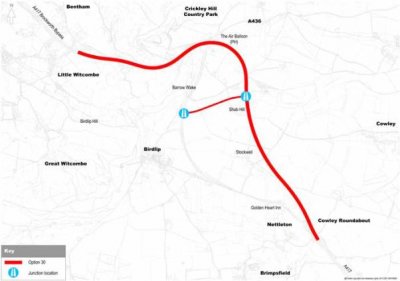 MPs and businesses across Gloucestershire have been pushing for improvements to this important section of road - the only single lane carriageway on the A417/ A419 between Gloucester and Swindon - for 20 years. Improvements to the road will reduce congestion, improve access to businesses and cut accidents.

The preferred solution was announced last month by Highways England. Work is due to start in autumn 2021 and will be completed in early 2024. The 3.4 mile stretch of road will cost £435 million to build.

But with the minister who approved the scheme now gone, how can we in Gloucestershire be sure the scheme will still go ahead?

Punchline said: "This is such an important gateway to the county. Everyone has been pushing for these improvements for so long and now it looks like they will finally happen. As a county, we need to keep lobbying the new minister to ensure the project stays on track and work really does start in 2021."