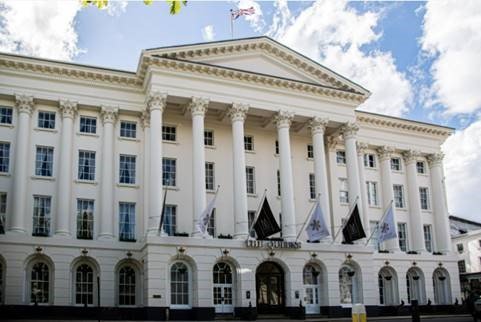 The long-awaited unveiling of the iconic Queens Hotel Cheltenham's historic façade has taken place after over a year's renovation work on the hotel.

During the hotel's 2020/2021 renovation, the hotel covered its beautiful building with a temporary sheet to cover the scaffolding, whilst restoration work was ongoing.

The covering has not only hidden the building work but has been used to communicate with and bring positive messages to the community.

The sheet covering has allowed Queens Hotel Cheltenham to project positive graphics to celebrate momentous occasions such as Remembrance Sunday, Children in Need as well as an Advent calendar in partnership with local schools and charity No Child Left Behind, over the festive season. 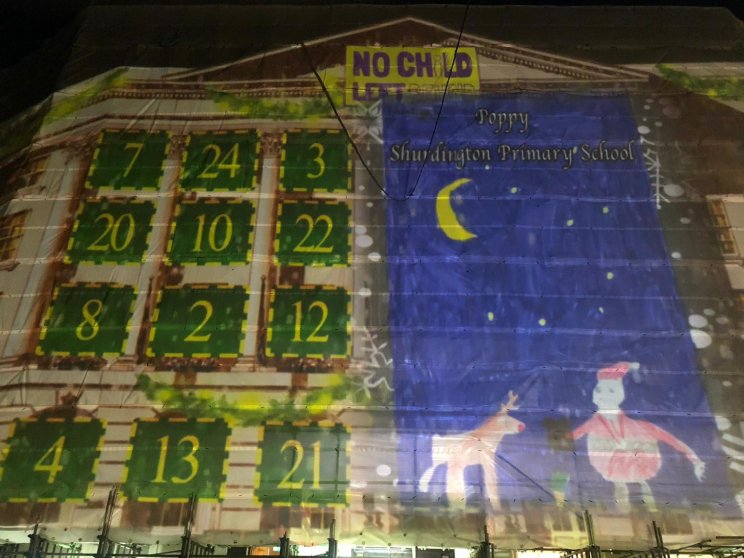 There was also an initiative during the first lockdown, where Accor hotels in the UK lit up their façade each night to display a giant heart to provide hope to the local community.

Listed as a Grade II English Heritage building, the hotel retains many of its original features from its opening in 1838. Modelled on the Temple of Jupiter in Rome by Robert Jearrad and his brother Charlies, it's a fine example of neo-classical architecture.

While the team were able to make the most of the hotel's temporary closure in lockdown by using the façade to support the local community, they are thrilled to finally have the front of the building restored and on show to the public once again.

The 84-room hotel was opened in the same year as Queen Victoria's Coronation in 1838, leading the hotel to be named in her honour. It has been welcoming back guests since May 17.