Pub trade bodies have welcomed a Government U-turn on the sale of takeaway been during the November lockdown - and have called for a six-month investment plan in the hospitality sector. 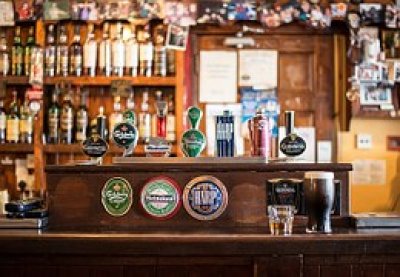 Takeaway sales from pubs in England had been ruled out under the latest coronavirus restrictions which come into force from midnight.

But a change in restrictions will now mean alcohol can be ordered in advance and collected without entering the premises or delivered.

UKHospitality chief executive Kate Nicholls said: "Having that channel of revenue was a lifeline to many businesses in the first lockdown.

"This also means that the valuable community service that pubs, in particular, provide to communities, can be sustained during a second lockdown, the prospect of which will be concerning many vulnerable and lonely people who suffered during the first lockdown.

The delivery and collection provisions also represent a common sense approach to minimising waste. That those venues can also open as a shop, including as an off licence, is also welcome."

But Emma McClarkin, chief executive of the British Beer & Pub Association, said the change was "still not anywhere near enough" but said it was "grossly unfair" that pubs were not able to sell off-licence alcohol on the same basis as supermarkets.

UKHospitality and the BBPA have joined with the British Institute of Innkeeping, Campaign for Real Ale, Society of Independent Brewers and Pub is the Hub in writing to Chancellor Rishi Sunak calling for the six-month investment plan.

The letter called for a guarantee of 80 per cent of wages beyond the lockdown, more sustainable and rapid grants, extending the rent enforcement moratorium to June, reduced VAT for hospitality for all of 2010, a business rates holiday for 2021-22, beer duty support and compensation for unsold beer.

The letter said: "It is crucial the Government provides long-term financial support that goes well beyond what has already been announced.

"These are viable businesses that, if kept secure, can lead the revival of the economy in 2021.

"It is a sector that, prior to Covid, directly provided 3.2 million jobs across every part of the UK, and a further one million in dependent supply chains, with vital economic and social hubs in every region."