Plans have been submitted to build five residential flats on top of Gloucester's city centre branch of Caffé Nero.

The coffee shop currently operates out of the ground floor of the two-storey building at 7 Southgate Street.

The plans would see three stories of residential apartments built above the existing coffee shop with five separate residential dwellings. 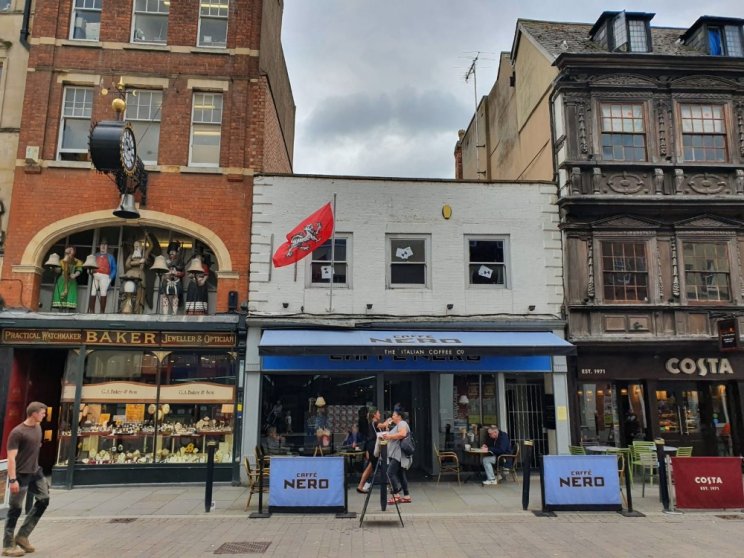 There would be two one-bedroom flats, two two-beds and one three-bed flats split over three floors.

The first floor of the existing has previously been used as a hair salon but has been vacant for many years and according to the plans has fallen into a state of disrepair.

Number 7 Southgate Street falls between two listed buildings - The Grade II listed Bakers Jewellers to the north that dates back to the 19th century.

To the immediate south of the planned building is the 16th century Merchants House with its ornate timber mouldings and cornices, that currently overhang a branch of Costa Coffee. 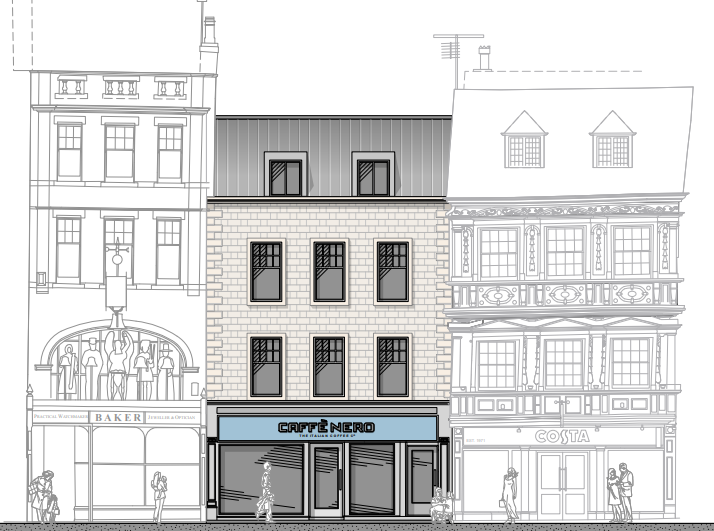 According to the information supplied to planners by Hereford-based architects RRA, the proposed development would secure the long-term future of the building.

The design and access statement submitted with the plans said: The first floor on site have been vacant for some time, in such a prime location.

As the site is in an highly sensitive spot between two listed buildings with Gloucester's City Centre Conservation Area, it is imperative that a viable use is achieve to secure the long term future of this building. 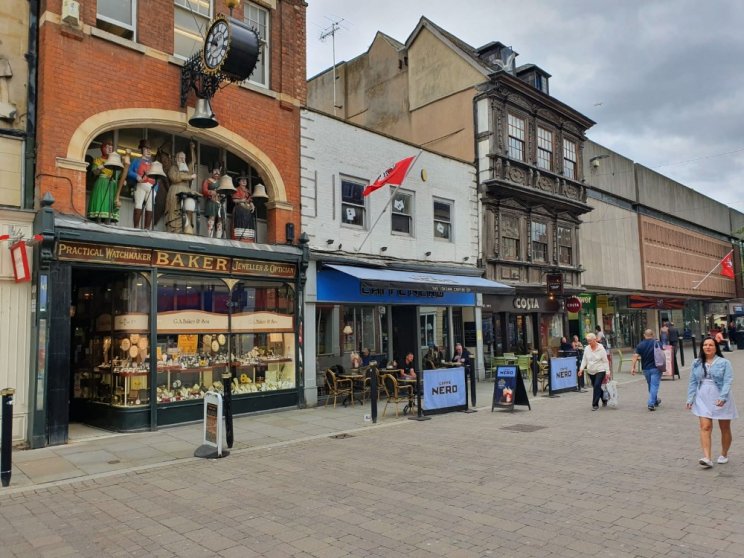 The proposals have been carefully considered alongside both local and national policy to allow for an appropriate development to be proposed."

It added: "Key reference has been made to the heritage of the site and its adjacent listed buildings to allow for a design and scale that fits comfortably with the sites context, so that it looks to blend in with the surrounding area and enhance views from Southgate Street."

The plans, which were originally submitted in May, were validated by planning officers last week.