Boris Johnson, playing it for laughs, delivered a lot of one liners and words that must have had many reaching for their dictionary, but solid policy announcements were thin on the ground. 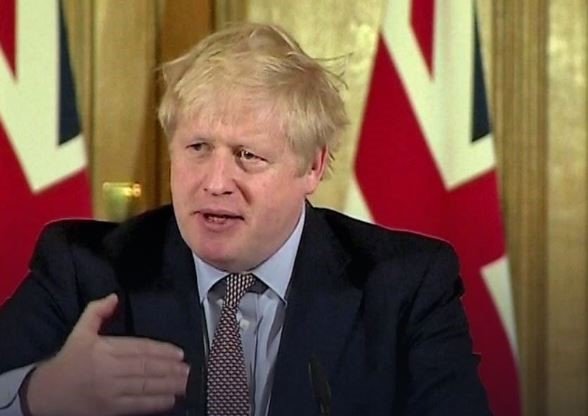 In the first Conservative party conference speech since Manchester in 2019 and his General Election victory, the Prime Minister said that after years of 'drift and dither' he was ready to embrace a change of direction that was 'long overdue' and to 'build back better' with a "high pay, high skill and high productivity" economy.

He said he believed in a 'low tax economy', achieved through growth, but admitted there was a 'huge hole' in the economy left by Covid that had to be tackled first.

He said: "After decades of drift and dither, this reforming Government, this can-do Government, this Government that got Brexit done, that is getting the Covid vaccine rollout done, is going to get social care done and we're going to get the biggest underlying issues of our economy and society - the problems that no government has had the guts to tackle."

He praised the 'unbeatable NHS' but said: "We have a huge hole in the public finances, we spent £407 billion on Covid support and our debt now stands at over £2 trillion, and waiting lists will almost certainly go up before they come down."

To defend the increases to National Insurance, he invoked Margaret Thatcher saying she 'would not ignore the meteorite that has crashed through the economy'.

He repeated his aim of 'levelling up' and tackling regional inequalities, accusing Labour of preferring to 'level down'. In praising the vaccine programme he said it was time to turn 'jabs, jabs, jabs', into 'jobs jobs, jobs'.

As part of the levelling up, he announced a £3,000 premium to send the 'best maths and science teachers' to where they were needed most.

But those hoping for more substantial policy announcements for business growth and the wider economy, away from the stand-up routine gags and poetic references to Gray's Elegy in a Churchyard, may have been left wanting.