Retail prices for non-food items across the UK fell by the smallest amount since the start of the coronavirus pandemic, according to new figures. 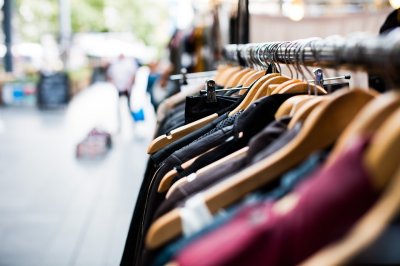 The British Retail Consortium said its shop price index revealed an annual fall in prices of 1.2 per cent in October, compared with a fall of 1.6 per cent drop in the previous month.

Purchases of non-food items were above pre-pandemic levels last month.

BRC chief executive Helen Dickinson said: "Given the wider economic context, with stricter restrictions and a possible rise in unemployment, we are likely to see continuing discounts in non-food for months to come."

The latest figures come days after the Office for National Statistics released its Retail Sales Index which revealed a 5.8 per cent increase in sales excluding fuel.

Helen Dickinson said: "The retail recovery remains fragile as the industry enters the all-important Christmas period, with November and December typically accounting for over a fifth of annual sales.

"While food and online retail continued to show strong growth, high street shopping has struggled in recent months, with footfall still down by over a third."

She continued: "Retailers are encouraging the public to shop early for Christmas and prevent the last minute rush, so that everyone - from shoppers to warehouse workers - have the space they need to stay safe and well.

"Retail has proven itself to be a responsible industry during this pandemic and Government should not risk the retail recovery by closing stores during the all-important run up to Christmas."

CBI principal economist Ben Jones said: "The fall in retail sales in October is a warning sign of a further loss of momentum in the economy as coronavirus cases pick up and restrictions are tightened across many parts of the country.

"With footfall still down by one third, many retailers face a difficult run-up to the all-important Christmas period.

"It is vital local authorities use their discretion over the new Tier 2 grant funding to target support n a way that helps keep town and city centres open for business."