The average price of a Cheltenham house has risen by nearly £25 per day over the last decade, a report into pricing data by real estate experts has revealed.

The figure outstrips the average national growth of 34 per cent, and above the average for the South West region of 37 per cent. 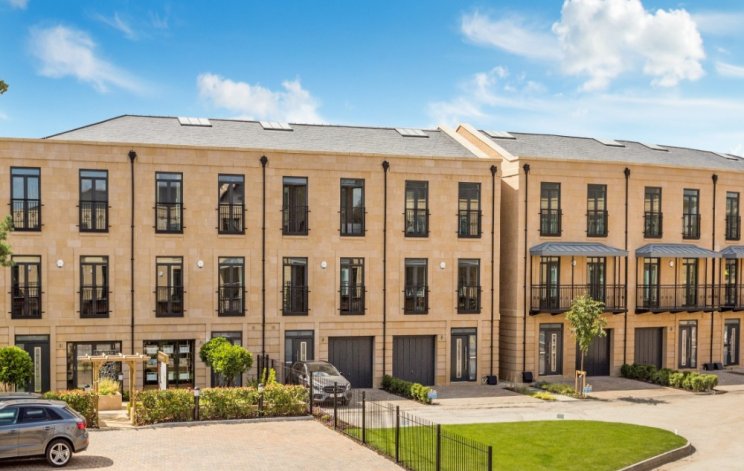 The analysis by Savills looked at a decade of property performance across the UK based on official figures from the Office for National Statistics.

Head of Savills' residential team in Cheltenham, Chris Jarrett said: "While these gains are averages, and prices have been subject to ups and downs over the course of the decade, they highlight the strength of our market here in Cheltenham.

"The town's reputation precedes it as an aspirational place to live, and recent investment in the town has only further cemented its popularity.

"Post-EU referendum sentiment acted as a drag on the property market across the country but despite this, Cheltenham house prices remained robust and we have continued to see strong interest from committed buyers."

Savills are currently marketing 59 Lansdown, a new build development of town houses and villas on the site of Cheltenham's former police station.

Sarah McKinnon, head of Savills residential development sales team in Cheltenham said: "The appetite for quality new-build property in the town is strong and as such the new developments we have brought to market this year have sold incredibly well.

"59 Lansdown - an impressive scheme of villas and apartments in Montpellier - is a prime example.

"Here we have broken new ground, with the development attracting considerable interest and the villas achieving values well over the previous high for new build property in the town.

"This is down to the scheme bringing something genuinely new to the market - a Regency style contemporary build in a prime location."

Looking ahead to next year, Mr Jarrett said the recent general election result could bring a greater sense of urgency to the market.

"We are expecting modest price growth in 2020 on the basis that, despite domestic political uncertainty receding, some economic uncertainty will remain until a trade deal is agreed with the EU," he said.

"Despite the Brexit uncertainty, which caused many sellers to hold back on bringing their property to the market, we saw our best year for sales in 2019.

"Increased consumer confidence, coupled with a strong pool of committed buyers, is likely to make for an active market from January."