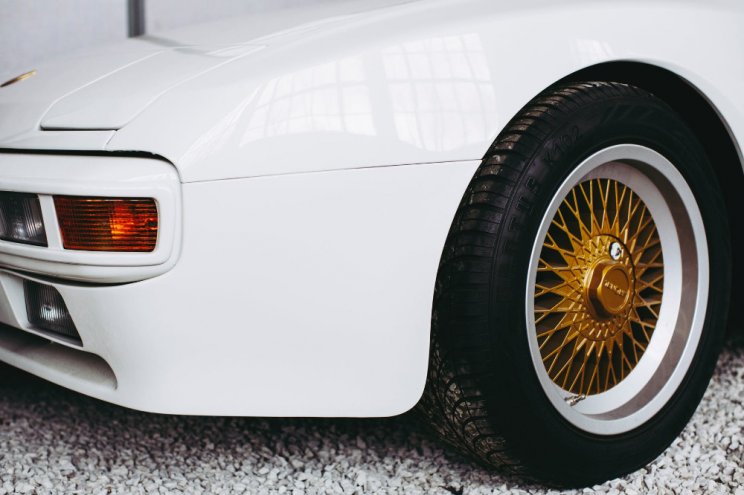 A man who was caught speeding near Cirencester on his way to trade in his £170,000 Porsche Carrera at a Swindon garage has failed to satisfy an appeal judge that it was not him at the wheel at the time.

James Thomson, formerly of Montpellier Drive, Cheltenham, but now of Collingham Gardens, London SW5, was convicted by magistrates in February of exceeding 70mph on the A417 dual carriageway at South Cerney.

He was ordered to pay £1,875 in fines and costs and his driving licence was endorsed with six penalty points.

He appealed against his conviction to Gloucester crown court last Friday (Sept 18) and suggested that the offence was committed by someone else later that day after he had traded in the car and ceased to own it.

But his appeal was dismissed by Judge Ian Lawrie QC, sitting with two magistrates, who said they found the case against him proved and believed he was the driver at the time.

They ordered him to pay the £520 costs of the appeal.

The court had been told that Mr Thomson parted company with the Porsche when he got it to the Swindon dealer just 30 minutes after the offence.

Julian Lynch, defending, had submitted that Mr Thomson drove up the A417 at an earlier time than the prosecution alleged.

"The summons also stated he was driving in the opposite direction to the one in which he would have been travelling," said Mr Lynch.

"Mr Thomson only realised this error when he was questioned about it during his trial at Cheltenham Magistrates Court in February of this year.

"If there is an error in the direction of travel there could be also be a question over the timing too.

"Mr Thomson states that at just after midday he had traded in his Porsche and it could have been used by somebody else test driving the vehicle later in the day."

The court was told that an exchange of text messages with Mr Thompson's partner, who lives in Swindon, stated that he was running late and was leaving Cheltenham at 10.52am. The journey to Swindon takes around 45 minutes.

Prosecutor Naomi Aylwin said there was sufficient detail in the summons for Mr Thompson to know from the start what he was being accused of.

"The location indicated is where the speed van was stationed and not the direction of travel, which is not specified," she said.

Mr Thompson said: "I arrived at my partner's home in Swindon at around 11.30am and we travelled to the showroom and arrived at midday.

"I've no recollection of travelling at speed that day. I've never travelled at 100mph in any car in my life. I like the Porsche's engineering and appearance, not its speed.

"I don't think it could have been possible for me to be driving at that location at that time of day and at that speed."

Judge Lawrie said "We've listened to all the evidence with care. But I'm afraid that despite the technical issues that have arisen, there was sufficient information contained within the charge.

"The summons is not legal document in itself, but a notice of intention, where all the core features are set out.

"The reality is we feel that you were the person behind the wheel of the car at the time. The timing sequence doesn't quite slot together in the way you suggest.

"Therefore the appeal is rejected. Technically the sentence is up for review, but in reality, nothing has changed."

Mr Thomson was ordered to pay additional court costs for the appeal of £520 on top of the original trial costs and surcharges of £1,875. The fine of £1,000 and six penalty points remains unchanged.