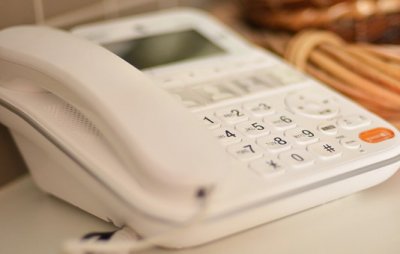 Victims in Gloucester have lost thousands of pounds in cash this week to fraudsters pretending to be police officers.

One man lost £8,000 and a woman lost more than £4,000 to the criminals. Gloucestershire Constabulary ask people to make their elderly friends and relatives aware of the scam.

In one incident on Wednesday (August 18) at around 11am the fraudster phoned an elderly man in Gloucester and claimed to be a DC Martin.

The fraudster claimed the victim's bank account had been compromised and that he needed to take cash out and move it to safe place.

The victim withdrew £8,000 in cash from his bank and arranged to meet a courier at a supermarket in Brockworth. When the victim's wife, who was delivering the cash, arrived she refused to hand it over to the courier who was a teenager on an electric scooter.

Later on, the fraudster phoned the victim and his wife back numerous times claiming they had 'compromised the operation'. The man and his wife then agreed to leave the cash in a bag between their wheelie bins for a fraudulent courier to collect and at 5pm a man on an electric scooter arrived and took the money.

The crime was reported to police a short while later.

In another scam on Monday (August 16) a woman in her 90s from Churchdown was called on her landline at 12.45pm by a man claiming to be DC Martin Thompson. He gave a fake badge number and proceeded to tell the woman that there had been fraudulent activity on her account.

He then asked the victim if she would help with their enquiries and that if she did she needed to act quickly.

Under the direction of the scammer the woman went to her bank and lied about the reason she was withdrawing more than £4,000 in cash.

She returned to her car which was parked in Cheltenham when the trickster on the phone told her to wait for a man in a grey tracksuit to tap on her window and then to hand over the cash.

A man in a grey tracksuit arrived and took the money from her. He was described as being white, 25 to 30-years-old, of a slim build and around 5ft 10ins tall.

The original scammer who claimed to be DC Martin was on the phone to the woman the whole time.

Detective Inspector Matt Phillips from the Serious and Organised Crime Unit said: "These are organised crime groups who work together and often target a location at a time, making thousands of phone calls until someone falls victim to it.

"They will sometimes know your name when they call, as there are databases online, but please don't let this trick you. They will often be polite and sound professional so they gain your trust - they are manipulative and very convincing.

"In some cases the fraudster also gives a collar number and asks you to ring 101 or 999 to check they are who they say they are, but this is just part of the scam as the caller leaves the phone line open and you just end up talking to someone else involved.

"They will also often tell the person they're trying to con not to tell anyone else about the call, including their own family or the bank. They will then arrange for a courier to come and collect the items - either cash, gift cards or other expensive items - at a location such as your home or place of work.

"I would urge people to please tell your elderly or vulnerable relatives and friends about this type of scam - no police officer or other official will ever ask you to withdraw money from your bank, pass over your bank details or hand over cash to someone."

• Neither police nor bank officials will ever ask you to withdraw money from your account, purchase anything or hand over your personal details or passwords.

• If you believe you are being targeted by a scammer hang up the phone and use a different phone line to call Action Fraud or the police, as scammers have a way to stay on the line and will pretend to be the police when you call back.

• If you don't have access to a different phone line, wait for a period of time and try calling a family member or friend first to make sure the scammer is no longer on the line.

• Just because someone knows basic details about you like your name, address or date of birth, it doesn't mean they are genuine bank or police employees.

• Always question suspicious phone calls and report them to Action Fraud or the police.