Police have revealed that the man who died in a collision on the M5 motorway on Wednesday night was a 32-year-old from Northamptonshire.

The man and his car were discovered on the M5 just south of junction 10 near Cheltenham at 5.30am on Thursday morning.

That led to a nine-hour closure of the southbound carriageway as police carried out a full collision investigation. 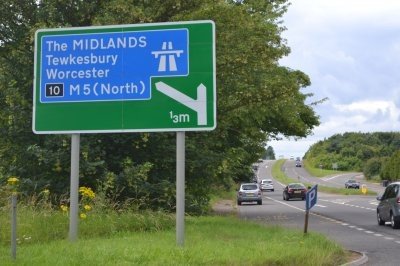 In a statement, Gloucestershire Police said: "the next of kin of the man who died and the coroner have been informed.

"We can confirm that the man was 32 and from Kettering in Northamptonshire.

"We can also update people that he was driving a 2001 model three-door silver Vauxhall Corsa with the registration number VE51 FOT."

Police have revealed the details of the vehicle and registration as they are renewing their appeal for dashcam footage of the vehicle on its journey.

Initial investigation show that the car travelled south on the M5 from Bromsgrove at 10.40pm on Wednesday.

The police estimate that the collision occurred between 11pm and 11.15pm approximately half-a-mile south of junction 10.

The police statement added: "Due to the extent of the damage caused by the impact the cars' battery was disconnected.

"All electrics in the car stopped working. immediately, including the car's headlights, which meant that they would have gone out and made it very hard to see the car from the main carriageway.

"We would like to thank the lorry driver who reported seeing the car shortly before 5.30am in the undergrowth next to the hard-shoulder and giving our control room the location of where he had seen the car, which enabled all three emergency services to attend the scene.

"We are still appealing for anyone who travelled the M5 from the M42 at junction 4a and the Bromsgrove area and who may have dash-cam or in-car video footage during the relevant times to contact us and to submit any footage to us.

"Several people have called us already and we hope that, with the additional information about the car, other road users will now be able to review their footage and make contact with us.

"Our officers are continuing other enquiries to locate other motorists on the road around the time of the incident and we are doing everything we can to find out what happened on behalf of the family."