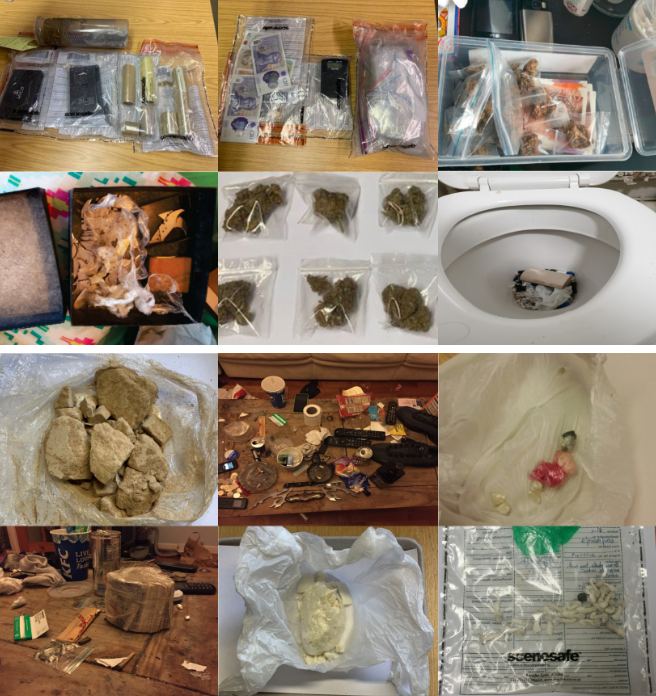 Gloucestershire Police are raising awareness of County Lines drugs gangs so that people can be more aware and know the signs to look out for.

County Line is a term used to describe gangs and organised criminal networks that are involved in bringing illegal drugs into areas of the UK using dedicated mobile phone lines or other form of "deal line".

So far this year the Force Crime Operations Team have arrested 49 people, disrupted eight suspected county lines gangs and seized £110,000 worth of drugs and £42,000 in cash.

Gangs are likely to exploit children and vulnerable adults to store and deal the drugs and money and they will often use coercion, intimidation, violence (including sexual violence) and weapons as forms of persuasion.

Children often don't see themselves as victims or realise they have been groomed to get involved in criminality.

In some cases the dealers will take over the home address of a vulnerable person and use it to operate their criminal activity from. This is known as cuckooing.

Officers recently disrupted a County Line which was being run by London-based man Mansoor Gondal.

The 26-year-old was arrested in Stroud in February after it was found he had taken over the home address of an extremely vulnerable drug user.

He was subsequently charged with being concerned in the supply of crack cocaine and heroin and possessing criminal property and pleaded guilty. He is due to be sentenced later this year.

The team became aware of Gondal after intelligence which was followed up by a local PCSO proved his involvement in cuckooing the homeowner.

A police statement said: "Victims such as the man exploited by Gondal will quite often be exposed to physical, mental and sexual abuse, and in some instances will be trafficked to areas a long way from home as part of the network's drug dealing business."

Some signs of exploitation to look out for include:

Detective Inspector Dave Shore-Nye said: "With lockdown restrictions easing, we are anticipating that County Lines gangs will start to yet again target and exploit vulnerable people who may have previously gone undetected.

"The leaders are known to take advantage of young people's isolation, worries about family finances and problems at home to groom them with cash, gifts, friendship and status.

"Once they have been groomed they will be forced to carry drugs in 'county lines' operations.

"The Force Crime Operations Team are regularly tackling serious and organised crime on a daily basis seeking to bring offenders to justice and make Gloucestershire a safer place to live."

Anyone who has concerns about someone being exploited should speak to police by calling 101 or 999 in an emergency. If you would rather remain anonymous, you can contact the independent charity Crimestoppers on 0800 555 111.

If you are a young person who is worried about your involvement, or a friend's involvement in County Lines, you can call Childline on 0800 1111. They are a private and confidential service where you can talk to specially trained counsellors about anything that is worrying you.