Police make arrest after jewellers 'ram-raided' in Forest of Dean

A man is in custody following the burglary of a jewellers in the Forest of Dean in the early hours of Tuesday morning (May 24). 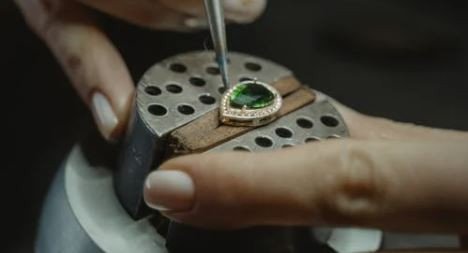 At around 2.50am police were called with a report of a 'ram-raid' taking place at a jewellers on Newerne Street in Lydney.

It is believed that a vehicle drove into the shop and offenders entered and stole a number of jewellery boxes which turned out to be empty.

They then fled the scene in a vehicle.

Shortly before 5am police then attended an altercation in the street in Lydney and on arrival one man ran away.

A foot chase took place before officers commandeered a bicycle and cycled up to the man.

A man, aged 22, from the Forest of Dean, was arrested on suspicion of being involved in the burglary.

He was also arrested on suspicion of assault, driving while under the influence and possession of a class B drug. He remains in police custody at this time.

Officers from across the Force, including the police helicopter, worked together to make the arrest.

Detective Sergeant Sarah Griffiths said: "This type of brazen criminality will not be tolerated in our communities and we will work tirelessly to bring those responsible to justice.

"I'm grateful for the hard work of our officers across a number of teams in bringing about this swift action."

The investigation is ongoing and anyone who witnessed what took place or who has information which could assist officers is asked to provide information to police online.

This can be done by completing the online form and quoting incident 33 of May 24.

Alternatively you can call police on 101, phone independent crime-fighting charity Crimestoppers anonymously on 0800 555 111.