The Mayor of Gloucester is recovering in hospital from serious leg injuries after being involved in a traffic collision on Friday evening.

Councillor Colin Organ, a councillor for Tuffley and the city's Mayor was involved in a two-car collision on Stroud Road at around 8.50pm.

A police report said that the driver of one of the vehicles was trapped and had to be released by the Fire Service. 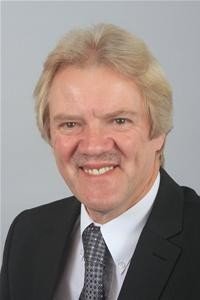 Cllr Organ was taken to Gloucestershire Royal where he is still being treated for his injuries. He is expected to make a full recovery.

Cllr Richard Cook, leader of the city council said: " "We are concerned but pleased to hear that Cllr Organ is stable.

"We send best wishes and hope he will make a speedy recovery."

The Sheriff and Deputy Mayor of Gloucester, Cllr Collette Finnegan will cover interim civic duties, while the Mayor recovers from his injuires.

Gloucestershire Constabulary would like to speak to anyone who was travelling along Stroud Road between Tredworth and the St Barnabus roundabout on Friday night, and either witnessed the collision.

They would also like to hear from anyone with dashcam footage,

Anyone with information is asked to call Gloucestershire Constabulary on 101 quoting incident 481 of 17 January.