Donald Trump may not be the biggest fan of what he dubs "the failing New York Times" but he is missing out on learning about pubs in Gloucestershire. 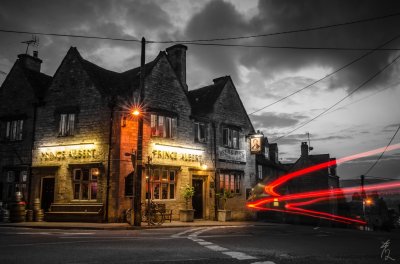 The Prince Albert in Stroud and The King's Head in France Lynch were featured in an opinion piece outlining the threat to the future British pub posed by the coronavirus lockdown.

Writer Eleanor Salter, from Stroud, outlined the history and importance of the pub in British life - and the threats posed by the impact of the prolonged closure.

Pubs and restaurants are expected to be among the last businesses to reopen when restrictions are lifted - and even then with potential restrictions on numbers due to social distancing.

Lotte Lyster-Connolly from the Prince Albert told the NY Times: "Hospitality works on such tiny margins that even going down 10 per cent is a killer.

"But when you're looking at only 40 per cent of people allowed in the pub, I just don't think businesses could survive."

The British Beer & Pub Association has warned that many of its members will not survive beyond the lockdown without financial assistance.

Chief executive Emma McClarkin, who is also from Stroud, said: "Without specific additional financial support for pubs and brewers, the social hubs and heart of communities in many towns, villages and cities across the UK will remain at risk.

"We believe that pubs should only open when safe to do so, but without additional support now - particularly for those who won't be able to re-open sooner - many more of our nation's pubs and the brewers that supply them with beer will struggle to survive closure and beyond."