Plans have been submitted that would see a small Forest of Dean village "overwhelmed" by a new development that contains 91 houses and two office blocks built on a brownfield site.

West Dean Parish Council has issued a "strong objection" to the plan put forward by Whitecroft Properties Ltd for the development on the former Whitecroft Pin Factory.

If approved by Forest of Dean Council, the scheme would see 91 new homes and two office blocks built on the brownfield site that is pinned between the Dean Forest Railway and the B234 New Road. 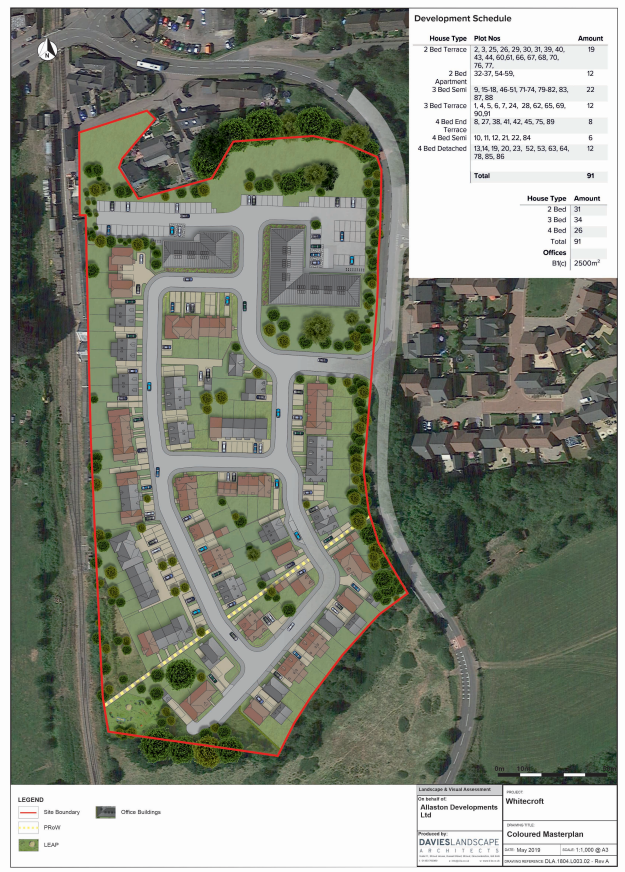 In their letter of objection to the plans, West Dean Parish Council said: "The application for 91 dwellings and 2.5k sq metres of buildings will overwhelm a traditional Forest village."

The site has been vacant for nearly five years with the current former factory units derelict.

A public meeting will be held on Saturday at the Whitecroft Memorial Hall at 10am where concerned local residents can discuss the controversial plans.

Since being validated by the council at the end of June, there have been 15 public responses made to the plans.

The developer, meanwhile state that the development would improve the area.

In the design and access statement filed to the council with the plans, Whitecroft Properties said: "The site is brownfield and is currently occupied by large, vacant industrial buildings.

"Due to its existing built form and dilapidated state, the site is currently an eyesore, detracting from the local area."

The report added: "The proposal represents a sustainable form of development.

"This statement has sought to demonstrate that the proposal complies with the relevant policies of the adopted Development Plan and NPPF.

"As such it is requested that in accordance with Paragraph 11 of the NPPF, the application is approved without delay."