Gloucestershire County Council cabinet has approved plans to move Gloucester Library from Brunswick Road to the former Debenhams building, which is being transformed into University of Gloucestershire's new campus in the centre of the city. 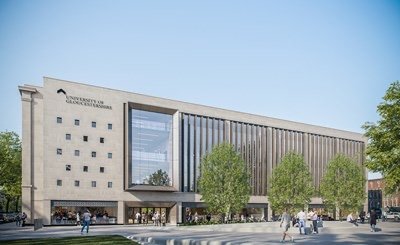 At its meeting yesterday (September 21), the cabinet voted to take up a 25-year lease with University of Gloucestershire, leaving behind their old building and embracing a new and purpose-built facility.

The current building, which has been home to the library since 1900, is in a declining condition requiring significant investment to improve access and bring the library up to a modern and more appealing standard.

With the plans approved by the cabinet, it is hoped that by moving to new facilities it will greatly improve the library offer, significantly improve energy efficiency, reduce carbon and ongoing heating costs.

There is also the potential to link services up with the university and other partners using a model that has been successful in other counties.

Cllr Mark Hawthorne, leader of Gloucestershire County Council, said: "This is a fantastic opportunity to improve our offer for library users in Gloucester.

"By linking up with the University of Gloucestershire and locating ourselves in the centre of the city, we will greatly improve our facilities, our appeal to users and support the economy by relocating our innovation lab.

"It's fantastic to see that the potential move would also significantly reduce our carbon emissions - helping us reach our ambitious climate targets."

It is expected that by moving to a more central location this will assist with footfall which has been decreasing over time.

University of Gloucestershire Vice-Chancellor, Stephen Marston, said: "We are very pleased to have got to the stage of Cabinet decision.

"When the University first bought the Debenhams building, it was part of the original vision that we could work with local partners to use the building for a range of community services as well as teaching.

"We have agreed with NHS partners a new arts, health and wellbeing centre, and we are very much looking forward to delivering a great new public library for the City in partnership with the County Council."

Now a decision has been made by cabinet, the county council will start an engagement exercise so that interested parties can provide views on the proposal.

The move could happen at the beginning of 2024 when the first phase of the refurbishment works have been completed. The current library will remain fully operational until then.